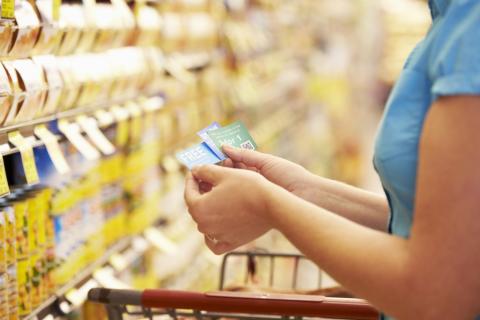 Field Agent Canada’s “Inflation Situation” survey of 2,739 shoppers found that 75% have begun purchasing different groceries in an attempt to offset rising food costs, which in June were 8.8% higher than they were at the same time last year according to Statistics Canada data (the one bit of good news for Canadians is that inflation may have peaked).

In verbatims, survey participants said that they are also comparing flyers from various grocery banners to price match and increasingly using coupons and/or discount codes. One shopper said they are also now “extra careful” in the number of brand name products they buy.

The study also found that rising costs are putting a dent in impulse purchases, such as soda and chocolate bars. More than half (53%) of respondents said they are less likely to buy an unplanned treat while shopping, with 19% saying they are much less likely to do so. “We don’t have room for impulse buys in our budget anymore and we tend to buy cheaper items as well,” said one.

Nearly all of the shoppers surveyed (95%) said they have noticed a spike in food prices in the past three months, with 28% indicating that they are “much higher.” Only 3% said that prices have remained the same, with 1% saying they are much lower (unfortunately we don’t know where those 27 or so people live).

While slightly less than one-third of respondents (31%) said they haven’t noticed changes in stock levels on shelves, 42% said they are a little lower and 15% said they are much lower. Low stock is problematic for CPG companies, said Field Agent, because that means shoppers could swap it out for an available competitor and potentially make the switch permanent.

More than half of respondents said they have also noticed that product availability online is also either a little lower (41%) or much lower (14%). As with the in-store environment, that can mean either a missed sale or customer substitutions.