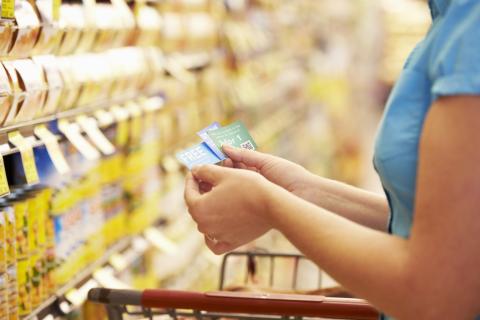 Canadians want to trim their grocery bills, but many find coupons are more trouble than they’re worth.

As food prices continue to climb, Agri-Food Analytics Lab at Dalhousie University, in partnership with Angus Reid, conducted a survey on cost-saving methods such as couponing and volume discounting. The survey revealed a lower-than-expected uptick of coupon clipping among Canadians.

Part of the reason could be the dearth of coupons: 68% of Canadians would use coupons more often if they were more available.

“Coupons aren’t getting into people’s homes like they used, and so consumers aren’t getting triggered by them to make a purchase,” says Janet Music, research assistant at the Agri-Food Analytics Lab. While there are apps and online platforms that help shoppers save money, Music says, “You have to go searching for [deals]. They don’t come to you anymore.”

And, even if shoppers do find coupons, they might not be all that relevant. “The coupons might be for products that people don’t use, or people live alone and don’t have use for more than one type of product if it’s a ‘buy one, get one free’ coupon or a multi-buy,” says Music.

While there are plenty of would-be coupon clippers in the country, the research reveals further obstacles. Nearly half of Canadians (49%) feel most coupons have too many restrictions.

In most cases, for example, coupon stacking—using more than one coupon on one item—is not allowed or can only be used on certain days. In addition, coupons can’t be used for already discounted food items. A total of 45% of Canadians feel the savings from most grocery store coupons are not worth the effort.

Volume discounting (buying products in bulk or larger quantities to save money) appears to be popular with Canadians, but the researchers say the practice raises questions about fairness and ethics. While 73% of Canadians try to take advantage of volume discounts most of the time, 54% feel volume discounts are unfair to smaller households/single people. In addition, 47% say volume discounts lead to more food waste.

“A single shopper may not want to buy three one-litre tubs of yogurt—they just want one, so why can’t that be at the sale price?” says Music. Offering a deal on a single product is something that “could be easily done for consumers and it would cut back on food waste.”

“They could step up and make it easier for people to save money,” says Music. “Perhaps you don’t need a new iPhone—you can stick with the phone you have—but it’s not like you can switch out buying food and eating.”

In their most recent quarterly earnings calls with analysts, executives from two of Canada’s largest grocers said they were working closely with food manufacturers to keep food prices low.

Loblaw CFO Richard Dufresne and Empire CEO Michael Medline said their respective teams were working hard to negotiate competitive prices, and both were offering promotions where they could.