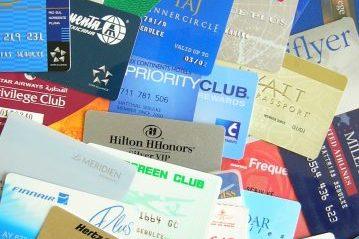 The value of customer loyalty programs is under increased scrutiny by companies and users in the wake of Air Miles' recent reversal of an unpopular expiration policy.

The operator of the shopper reward program, LoyaltyOne, angered many members last year with its proposal to void unused Air Miles after five years, only to abandon that plan weeks before it was to take effect.

"It put a little bit of a black eye on the industry as a whole," said Patrick Sojka, founder of RewardsCanada.ca, which tracks travel reward programs.

Air Miles acknowledged the public frustration, saying card use dropped at the end of last year.

Blair Cameron, head of the program, said it's premature to say whether that would reverse this year, but Air Miles is ramping up promotions to improve its relationship with collectors.

Still, the company has reduced the value of miles for some rewards, increasing the cost by about 20%. Cameron said change affects only 1.6% of redemptions for its Dream rewards program, and does not apply to flights.

Last month, Metro said it was considering dropping Air Miles and launching its own loyalty program in its Ontario grocery stores following the consumer backlash. The supermarket chain said the change was one of many it considered when a contract is up for renewal.

"Everybody does a little bit of a double-take," said Boynton, who joined the company months after it faced a similar controversy.

In 2013, Aeroplan found itself in the midst of a public uproar for attempting to invalidate miles that weren't used over a seven-year period. Some Aeroplan users complained they had redeemed their miles on the premise they would expire, leaving them with merchandise or trips they didn't want. Boynton said customer satisfaction has since improved.

The use of loyalty cards remains widespread, with about 89% of Canadians participating in some type of rewards program, Aimia said.

But even within companies, there is debate about their value.

The co-founder of DavidsTea has emerged as one of the more outspoken voices against rewards programs. David Segal said too many retailers are relying on costly points cards to deliver business.

"The term loyalty has been bastardized and diluted to mean rebates and discounts in exchange for customer information," he said, adding that these programs are eroding margins and training customers to expect discounts.

"It's a race to the bottom," he said. "It's not a way to build a sustainable brand."

Segal, who last year parted ways with DavidsTea after co-founding it in 2008, said the company spent heavily to introduce its Frequent Steeper member program in 2014, but it failed to generate additional sales or attract new customers.

DavidsTea declined to comment, saying it is in a quiet period before releasing its next quarterly results.

Instead, the B.C.-based retailer developed a program that offers customers discounts, based on what they purchase, as well as the opportunity to win trips.

"What we're trying to do is build a different relationship, a much more experiential-based relationship with our customers," he said.

Ken Wong, a marketing professor at Queen's University, said the problem isn't with loyalty programs per se, but how they're designed.

The best ones are more than mere vehicles to accumulate points -- they incentivize customers to buy complementary products and are personally tailored to give discounts based on what a cardholder purchases or values, Wong said.

"Great loyalty programs take advantage of analytics to figure out what kind of offers need to be made to the consumer in order to induce purchases, which they wouldn't otherwise make," he said.