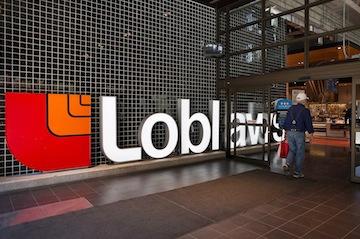 “Our job every day is to ensure that any cost increases are appropriate, to keep items on the shelves and deliver the best value to our customers,” said Loblaw CFO Richard Dufresne at the top of the company’s fourth-quarter earnings call with analysts Thursday morning.

“Our shelf price is the tail end of a chain of costs: shipping containers, fuel, farming, labour, weather, to name a few,” he said. “We watch this very carefully and focus on ensuring that our retail prices are competitive.”

Both food manufacturers and grocery retailers are facing major cost pressures, but Dufresne's comments around pricing follow a widely reported rift between Loblaw and Frito-Lay Canada.

The maker of such popular brands as Cheetos, Doritos and Lays halted shipments to Loblaw-owned stores after the grocer refused to an increase in wholesale prices, leaving noticeable gaps in the chip aisle.

Dufresne wouldn’t comment on the situation specifically, but explained how Loblaw managed cost increase requests from vendors: “We have a team of experts and they deconstruct the cost of each SKU into its components such as the raw ingredients, packaging, labour and transport,” he said.

“Using their analysis, we're well-positioned to assess the requests that are sent our way,” added Dufresne. “Also, we deal with a large number of vendors and this also provides us with a very strong perspective on what’s happening with cost increase."

Despite the industry’s best efforts to keep prices at bay, challenges with supply chain, the increased cost of ingredients and transportation, etc., are translating into higher prices at stores.

In fact, Statistics Canada reported earlier this month that the food inflation rate hit 6.5% in January—the biggest year-over-year jump in grocery bills in more than a decade. Loblaw said inflation at its stores hit 5% in the 12-week period ending Jan.2.

With the largest distribution network in Canada, the food and pharmacy retailer has the scale and experience that allows it to navigate these changes “relatively well,” adapt quickly, and mitigate costs where it can, said Dufresne.

Nonetheless, Loblaw is seeing a more “price sensitive” consumer with reaction to food inflation, which has “manifested most explicitly in growth of discount” and most noticeably in the last six weeks, said Loblaw chairman and CEO Galen Weston.

But COVID restrictions are easing, said Weston, so a return to discount, which took a backseat during the height of the pandemic as Canadians opted for a one-stop shop at conventional banners, was inevitable.

Though the grocer hasn’t seen customers shifting categories—from fresh to frozen, for instance—Weston said there had been some down-trading from beef to pork or chicken. Weston said this trend would likely continue over the coming months, but “not at an extreme level.”

Meanwhile, Loblaw’s private-label brands, which include No Name and President’s Choice, have seen an uptick of late with help from merchandising and marketing programs. “We’re trying to showcase private label more so consumers see the value and we’re seeing some traction with that,” said Dufresne.