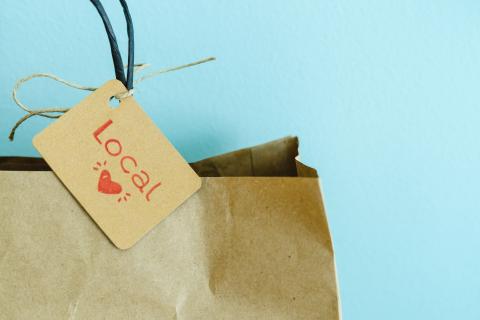 Consumers may be searching for savings in the grocery aisles these days, but they’re still hungry for local foods.

A new survey from Dalhousie University’s Agri-Food Analytics Lab (AAL),in partnership with Angus Reid, asked Canadians about their perceptions of local foods. Most say it’s important that products are local at the grocery store.

The survey also found that British Columbians and Quebecers consider local food products when managing meals, with 17% of respondents in those provinces saying they will prioritize local foods for most of their meals every week.

Why are Canadians looking for local? According to the survey, the most important reason is to support farmers. That was the top choice in Ontario and Atlantic (37%) B.C. (34%), Alberta (31%) and Quebec (27%).

In Saskatchewan/Manitoba, the No. 1 reason was to support the local economy (38%), which was the second-most popular in the other regions. Supporting environmental sustainability was third among respondents in every region.

While the study didn’t take into account various definitions of local foods, the researchers suggest the image of local foods and what constitutes a local food needs work.

“When people think about where their food comes from, it’s usually farmers or retail. They’re not really thinking about everything in between,” says Janet Music, research associate at the AAL. “But there is a lot of value-add [food products] and a lot of Canadians work for food-related companies in some capacity.”

For example, Music notes Lay’s chips are made with Canadian potatoes, manufactured across the country, and shipped and packaged using Canadian labour. “But Lay’s is a PepsiCo brand, so is that a local food or not? It really depends on an individual’s definition because there’s really no solid definition for local food.”

On the matter of affordability, another AAL study busts the myth that local foods are more expensive—at least in Quebec.

The study—commissioned by Aliments du Québec, a non-for-profit organization that promotes the agri-food industry—found that “local products are as competitive (neutral price difference) or more competitive than products from elsewhere” in nearly 71% of the categories studied. Those included grocery, dairy and dairy alternatives, fruits and vegetables, bakery, deli and frozen foods.

In a blog on the organization’s website, general manager Isabelle Roy said: “We now have evidence that Québec products can be wallet-friendly alternatives to their non-local counterparts. Adding those grocery products to our shopping carts also bolsters Québec’s economy and food autonomy.”

Music notes that there is a standardized definition for local products in Quebec, which makes this type of research easier to do. “They’ve answered the ‘what is local question,’ so we can do the comparison, but no other province is doing that at the moment,” Music says. “They’re kind of ahead of the curve.”