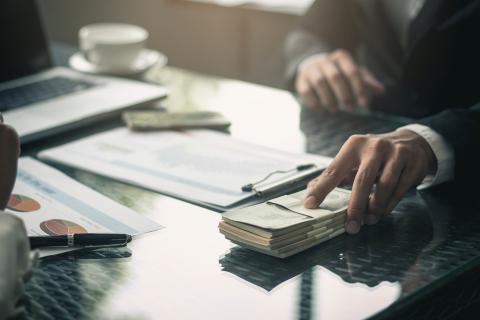 Former Unifor president Jerry Dias is under investigation for accepting money from a supplier of COVID-19 test kits. Shuttetstock/bluedog studio

Toronto police says it is investigating the former president of Canada's largest private sector union after the union handed over money he allegedly accepted from a supplier of COVID-19 rapid test kits he promoted to members.

"The investigation is in its preliminary stages and we would not comment on specifics at this time, as to not compromise the investigation," she said in an email to The Canadian Press.

The investigation comes after Unifor announced Monday it delivered to Toronto police the sum a complainant turned over to the union after it was allegedly given to the person by Jerry Dias on Jan. 20. Unifor said the complainant alleged Dias received $50,000 and gave the person $25,000 he said was from the test kit supplier.

Unifor has refused to name the supplier and Dias committed to enter a rehabilitation facility in the wake of the incident.

"It will now be for Toronto Police to decide whether to investigate any matter connected to that money, and Unifor has no role in that decision," Unifor said in a statement Monday.

Union spokesperson Kathleen O'Keefe would not say what has been done with the portion of the money Dias allegedly received.

Unifor, which said it acted on advice from legal counsel in turning over the money, noted it would not issue any further comments on the matter.

The union has said Dias is being charged with violating the code of ethics and democratic practices of the union's constitution. A hearing will be held before the national executive board as soon as this month.

Dias has long been the face of Unifor. He led the union since 2013 and was reelected in 2016 and 2019. He had a reputation for being tough-talking, scrappy and willing to push everyone from top companies to politicians to act in workers' best interests.

Dias was notified of the union's independent investigation into the matter on Jan. 29 and began a medical leave on Feb. 6 citing "ongoing health issues." About a month later, the union announced he was retiring, before adding the next day that he was subject to an investigation.

In addition to a rehab stint, Dias has said he would temporarily step away from all of his advisory positions due to his use of pain killers, sleeping pills and alcohol to deal with a sciatic nerve issue.

"These factors have impaired my judgment in recent months, and I owe it to our members to seek the treatment I need," he said.

"My physician has told me, straight up, that I need help."