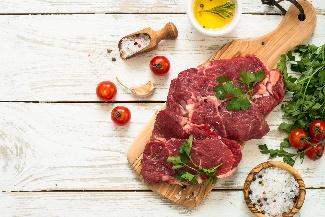 A year ago, in the still early days of the pandemic, a handful of restaurants faced with the indefinite closure of their dining rooms pivoted to introduce food and grocery delivery services.

By now, most will be familiar with the model: restaurants use their network of food suppliers and some of their staff who understand high quality product to offer an assortment of food items for delivery.

Nick Di Donato, CEO of Liberty Entertainment Group, which includes Casa Loma and the Cibo restaurants, said he’s pleased to have people back in his dining rooms again, but intends to keep CiboMarket open indefinitely.

Liberty opened CiboMarket last summer as a portal for Torontonians to buy groceries from the network of high-end suppliers that Liberty uses for its six Toronto restaurants. The market includes fresh fruits and vegetables, butchery options as well as wine and spirits. “We will keep it going,” said Di Donato.

Similarly, Maher Murshed, CEO of OHS Global Inc., said it had no plans to close down Door2DoorFresh.com. OHS is the parent company of well-known Toronto restaurants such as Patria and Mira.

“Door2Door is at its infancy. We feel optimistic about online sales going forward,” he said. However, he also said OHS had been in a “steep learning curve” and over the next few months, he said, the site would “evolve quite a lot based on our experience so far.” Unlike CiboMarket, Door2Door currently offers cleaning products as well as some health and beauty items.

“We are working on developing our product offering that utilizes some of the experience we have gained in managing restaurants,” he said, declining to share specifics at this point.

Liberty had been considering some kind of delivery service even before COVID shut them down, said Di Donato “We always thought it was an opportunity, but the pandemic actually drove us to execute it much quicker than we wanted to,” he said.

In an interview with Toronto’s Now about popular restaurants keeping their food and bottle services open, Vince Sgabellone a foodservice industry analyst for market research firm the NPD Group, said consumer demand for the restaurant food delivery options would likely continue for a while, in part because consumers like having the option, while many also appear reluctant to go back to restaurants yet.

The ability to deliver wine and alcohol with their orders was a big advantage for the restaurant grocer services. “It allowed us to actually deliver a full meal, a special meal to people when they want it,” said Di Donato. “They would order a tomahawk steak with vegetables and some fruits and a bottle of wine, and you can tell from that order that's something they were going to do for a special evening at home.”

Demand for CiboMarket food has come down as restaurants reopen, but it has not disappeared, said Di Donato. At the peak of demand CiboMarket was doing about 150 orders a week, he said. “I think we're down to about 40 to 50 orders a week, but that was expected, and you know if that's the plateau, it's still okay”