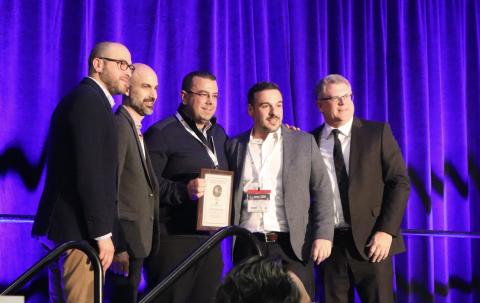 The team from Longo's

Held in-person during a gala event Monday evening, the annual awards show highlighted some of the best grocers in the country. National Gold Award winners for Top Independent Grocer of the Year are:

49th Parallel Grocery Ladysmith in Ladysmith, B.C. was also a big winner, taking home The Arnold Rands Heritage Award, which is presented to the year’s best privately owned, multi-generational store that has been in the same family for a least two generations and in the same community for 35 years.

And, James Inglis, Doug Nakano and the team from Blind Bay Village Grocer Ltd. in Blind Bay, B.C. were recognized with the Hall of Fame Award.