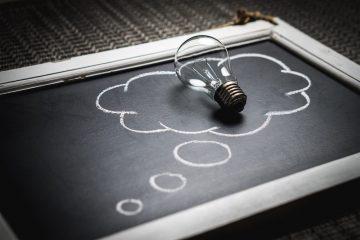 The retail industry is in a constant state of change and it's forcing companies to rethink the way they meet customers' needs and expectations. Grocery is no exception, of course, as the industry slowly stretches into the digital space, grapples with the threat of entrants such as Amazon and tries to keep up with changing consumer habits.

While some companies try and keep up with the times, others are driving change. Business Insider Australia published a list of 25 companies that are revolutionizing the retail industry. From startups to online giants and big box behemoths, here's a look at the food, grocery and beverage companies that are credited for shaping the shopping experience.

Amazon
Though it has its hands in everything -- books, clothes and television and movie production -- the online giant made a lot of noise with its $13.7-billion purchase of Whole Foods. The move gives Amazon a foothold in both grocery and brick-and-mortar retail and access to data-driven insights into how shoppers behave offline. And, not long after the Whole Foods deal was announced, Amazon started selling ready-to-cook meal kits.

Lidl
The German grocery chain made its move into the U.S. this summer with the opening of 20 locations, with a goal of 100 open stores by next summer. Lidl says its products -- 90% of which are private-label brand -- cost 50% less than its competitors. According to Business Insider Australia, Lidl keeps prices down by cutting costs in areas such as lightning and labour.

Blue Apron
Blue Apron is one of the pioneers of the online prepared meals market, which is estimated to be worth US$1.5 billion. Business Insider reported that "1 million customers paid for Blue Apron orders in the first quarter this year, up from 649,000 customers in the same period last year." Not to be left behind, grocery chains and consumer packaged goods are joining the meal kit game. In June, Nestlé acquired a minority stake in meal kit delivery startup Freshly, and in Canada, Metro purchased a majority interest in MissFresh.

Walmart
In terms of e-commerce strategy, Walmart has been ahead of the curve, successfully marrying digital and traditional retail, and using its learnings and insights to shape its grocery business. It has overhauled its shipping strategy and is expanding store-curb pickup for groceries ordered online. It recently expanded its grocery delivery service with Uber, and has been testing same-day delivery service with Deliv at Sam’s Club in Miami. In Canada, the big box retailer runs its online grocery pickup service in the Montreal area, Greater Toronto Area (GTA), Calgary and Edmonton. It also recently launched its grocery home delivery service in the GTA.

Starbucks
Starbucks has been applauded for its mobile experience that allows users to pre order for in-store pickup and pay for that order through its branded app. According to Forbes, Starbucks' Mobile Order & Pay app accounted for 7% of U.S. orders in the fourth quarter of 2016, up from 3% the previous year. However, the popularity of the app was causing longer-than-desired wait times in-store, so Starbucks announced it would test a dedicated mobile order and pay-only store in Seattle.