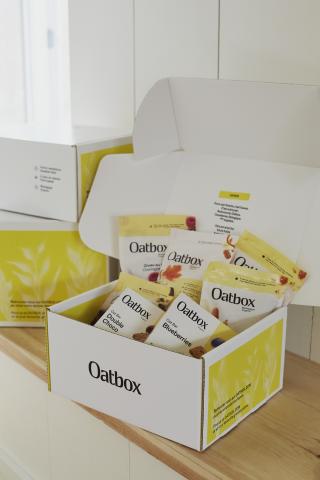 Montreal startup Oatbox plans to expand into the fast-growing oat milk category and is looking to grow its retail distribution after a $7 million pre-series A funding round led by angel investors with expertise in marketing, operations, and food distribution.

Launched as a direct-to-consumer subscription box service in 2014, Oatbox specializes in oat-based products including granola, oat bars and oatmeal. It has sold “hundreds of thousands” of boxes to subscribers, but has since adopted an omnichannel approach that includes a move into brick-and-mortar retail.

Currently, 19 of the company’s best-performing SKUs are available in Quebec through Metro and IGA, and are also carried by Whole Foods and Metro in Ontario. Oatbox co-founder and CEO Marc-Antoine Bovet says the company is keen to expand its distribution, and is in preliminary talks with retailers including Loblaws and Costco.

Bovet says a portion of the funding will “jumpstart” a new facility in the Montreal region that will be dedicated to producing a new oat milk product. That facility is expected to be up and running before the end of the year, he says, with Oatbox’s first oat milk products rolling out at the beginning of 2023.

The company is looking to capitalize on the rise of alternative milk products such as oat milk and almond milk. According to Agriculture and Agri-Food Canada data, sales of milk alternatives grew at a compound annual growth rate of 7.4% between 2018 and 2020, reaching US$336.9 million.

Bovet says Oatbox initially explored co-manufacturing opportunities, but discovered that approach didn’t align with its sustainability ethos. “We decided to take a deeper look into it, and the only way to come out with a high-quality product was to do it ourselves and put in the effort and the money,” he says.

The company also recently completed a brand overhaul that included a move from 70% to 100% organic on all of its products, as well as the introduction of recyclable packages.