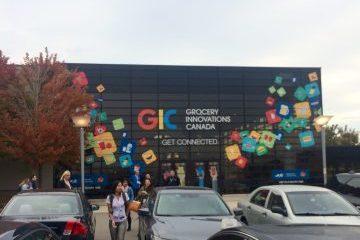 The food industry gathered in Toronto this week to listen to experts discuss the challenges and opportunities facing Canada's grocery business during the conference portion of Grocery Innovations Canada -- a two-day exhibition organized by the Canadian Federation of Independent Grocers.

Here's some of what we learned:

Connecting with ethnic consumers is vital

According to demographic projections, the proportion of foreign-born people in Canada could increase from 20% in 2006 to between 25% and 28% by 2031. With this in mind, grocers need to develop strategies to get ethnic consumers in their store, said Michael French of Chagall Design, a Montreal-based retail design company that counts Sobeys, IGA and Jean Coutu among its clients. Grocers should stock their shelves with ethnic fare, but incorporate and merchandise these items with their non-ethnic counterparts. If you're selling Indian rices and sauces, for instance, stock them in the same section as non-ethnic rices and sauces. "Your customer will find it," he said. "Your immigrant customer is blind to the specially-labelled aisle."

Amazon is forcing grocery retailers to look at the landscape differently and to evolve their business models to include such services as click and collect and self checkouts, but " are still locked in the paradigm of their assets," said Michael Graydon, Food & Consumer Products of Canada. Retail has to evolve and position itself effectively and offer shoppers an experience. Large format stores may want to consider giving some of their floor space to a restaurant or a brew pub. "It’s open to your imagination as to how to use that square footage and if you can create that entertainment value I think you can really start to attract customers and not necessarily give up on the model you have today, but leverage the model you have today," he said.

Pop-up garden centres are a natural fit for grocery stores

“Supermarkets should be in the gardening business,” Peter Cantley, owner of Cantley Gardens (a company that assists retailers in setting up pop-up garden centres), told attendees of a morning workshop. He noted that when done properly, a pop-up garden centre located just outside the store during the spring can be very profitable. The compressed timeframe can lower labour costs, thereby maximizing sales and profits. “Garden centre sales for three months in the spring can be as much as indoor floral sales for the entire year,” he explained. Before starting his business, Cantley had been vice-president of Floral and Garden for Loblaw for nearly 30 years, so he speaks from experience.

Sales of wine and beer in Ontario grocery stores have been going well, particularly for craft beer, but there are existing challenges and opportunities for improvement

The market share for craft beer as a percentage of total beer sales in Ontario grocery stores is higher than at the LCBO or the Beer Store, according to Scott Simmons, the new president of Ontario Craft Brewers. At a wine and beer workshop, Simmons told attendees that although the exact market share is tough to determine, “If we use shipments as a proxy, the market share of craft beer as a percentage of the total beer that’s sold in that channel is north of 20% and in some places north of 30%. If you’re our members, you’re very enthusiastic about that,” he said, noting that in the LCBO, that percentage is in the low teens, and at The Beer Store it’s closer to 3%.

That said, there are a few circumstances that are making wine and beer sales challenging in Ontario grocery stores right now. The margins are very tight, noted the panelists, making it difficult to profit from these sales; and the fact that beer and wine can’t be moved around the store at this point is another challenge, as it makes it tricky to implement cross-merchandising. “Cross-merchandising is critical,” said Simmons, who suggested that cross-merchandising can be achieved by moving other products (such as food that pairs with wine or beer) to the location of the alcohol instead. In-store tastings are another opportunity to improve sales, added Heather MacGregor, executive director of Drinks Ontario. “It’s all about getting liquid on lips,” she said, noting that the more people they can get tasting the products, the more sales will happen.

David Wilkes, senior vice-president, Retail Council of Canada said meal kits are "one of the best things to happen to grocery" because it gets people back in the kitchen and takes the fear out of cooking. The days of planning meals for the week are over, he said, and selling meal kits at grocery allows shoppers to easily and quickly fill whatever need they have that day.

FCPC's Graydon said the meal-kit space could be challenging given the number of competitors, and when entering the space grocers need to consider incremental costs around food waste and customer acquisition. "What needs to happen with this... You need to find a way to differentiate yourselves," he said, suggesting partnerships with celebrity chefs and offering vegetarian-only meals. One advantage for retail that doesn't exist with online players, he said, is the ability to reduce waste by giving shoppers the opportunity to refill their meal kits in store.