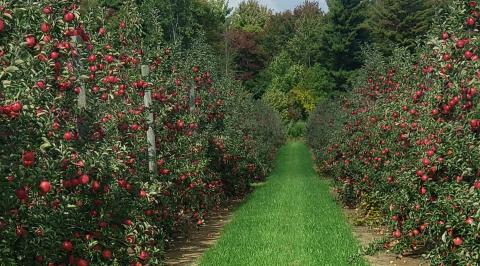 A family-run apple farm near Aylmer has spent $4 million to upgrade with a new packing line and storage facility, a move the owners say will help them expand sales across Southwestern Ontario in a hugely competitive industry.

Vermeer Orchards, which grows apples on nearly 140 acres (57 hectares) just south of Aylmer, has invested $3 million in automation to boost packing and processing and an additional $1 million in storage.

"We've always sold (apples) wholesale and relied on other people to help us with selling our products," said Christine Vermeer, co-owner and sales manager of the farm.

"In order for our company to grow, we decided that an investment in such equipment was necessary to make that next step. By offering a service where we can grow, store and pack the apples, that gave us an edge."

Vermeer's doubled its storage in size and introduced the new packing line last month, just in time for peak harvest season, which typically runs through October.

Before the upgrade, staff would bag the apples by hand and the business used a third party to process and distribute the produce, Vermeer said. Now, the farm can market its own apples and have more control over picking and distribution, she added.

For Kelly Ciceran, the general manager of Ontario Apple Growers, which represents more than 200 apple growers across the province, the hefty investment doesn't come as a surprise in such a competitive market.

Ciceran said investments by Ontario apple growers vary and depend on their size and the type of equipment.

"Maybe the growers want to do different aspects, the storing, the packing and that kind of thing," she said. "Or maybe they are a single-generation farm and just want to do the growing.''

With more than 700 growers, Ontario is the largest apple-producing province in Canada. Ontario farmers grow more than a dozen apple varieties along the shores of Lake Ontario, Lake Erie, Lake Huron and Georgian Bay, according to the association.

The farm gate value of Ontario apples is more than $95 million, including on-farm sales and sales to fresh and processing markets.

Much of the competition comes from the United States, Ciceran said. 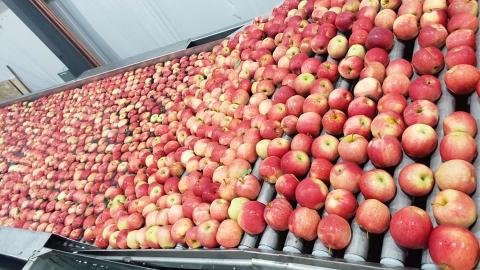 From Vermeer's orchard, apples are sold at 13 Food Basic stores, from Woodstock through to Windsor, and at grocery stores in the London area. The farm grows 16 apple varieties, from Jonagold to Ambrosia and Honeycrisp.

Using a built-in camera, the new packing line can identify the apple variety and sort the product according to weight, quality and colour. The 30- to 40-minute process also washes, rinses and dries the produce.

Apples that are not shipped to retail right away can be stored in the facility's controlled-climate storage rooms. The rooms keep oxygen levels to 2% to remove carbon dioxide from the fruit and replace it with nitrogen, which preserves its quality for year-round supply.

Vermeer said the storage facility can hold about five million pounds of the crop, more than 200 acres' worth of apples.

She said her family has been in the apple industry since her grandfather started his own orchard after immigrating to Canada from Holland. She and her husband bought theirs in 2012.

The best part about the business, for them, is seeing customers enjoy the product, Vermeer said.

"There's something invaluable about seeing people buy your apples," she said. "My husband's been driving the truck lately and he was saying the other day, 'When I'm at the store and I see people walking out with our apples, it's priceless.'''