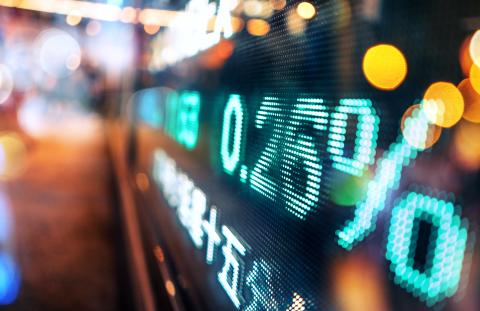 The deputy governor of the Bank of Canada says it may need to raise its key interest rate to 3% or beyond to ensure inflation does not become entrenched.

In a speech to the Gatineau Chamber of Commerce, Paul Beaudry said the likelihood of even higher consumer prices on the horizon means the central bank may need to push its policy rate at least to the top end of its "neutral" range—between 2% and 3%, which neither stimulates nor hampers growth.

"Price pressures are broadening and inflation is much higher than we expected and likely to go higher still before easing," he said Thursday morning.

"This raises the likelihood that we may need to raise the policy rate to the top end or above the neutral range to bring demand and supply into balance and keep inflation expectations well-anchored."

The groundwork for more oversized hikes follows the Bank of Canada's big increase to its benchmark rate Wednesday for the second time in two months —a raise of half a percentage point to 1.5%.

The move marked the first back-to-back half-point hikes since scheduled rate announcements began in 2000. In April, the bank increased the rate by half a percentage point to 1%.

Beaudry said supply chain disruptions during the pandemic lasted longer than anticipated, exacerbated by unexpected events like Russia's invasion of Ukraine and COVID-19 lockdowns in China, resulting in the bank's scramble to put a lid on soaring prices.

He said some Canadians feel inflation is already feeding on itself, driven by expectations of even costlier goods as wages rise to meet mounting prices in a self-reinforcing cycle. But he maintained that pandemic-related supply issues are the main driver of eye-popping price tags and that higher rates will bring down demand relative to supply, easing inflationary pressures.

The bank makes changes to its trendsetting interest rate in an effort to control inflation with a target of 2%.

"The longer inflation remains well above our target, the more likely it is to feed into inflation expectations, and the greater the risk that inflation becomes self-fulfilling," he said.

"History shows that once high inflation is entrenched, bringing it back down without severely hampering the economy is hard."

The annual pace of inflation rose to 6.8% in April, the fastest year-over-year rise in 31 years as the price of goods from gas to groceries continued to climb.