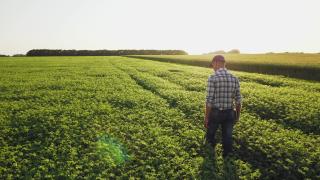 While their homes and farm fields remain inundated by water, Curtis Sandhu says his family is looking towards rebuilding after a dike failed and devastating flooding hit the prime agricultural area east of Vancouver nearly two weeks ago.

The flooding in the Sumas Prairie came little more than four months after a heat wave in late June "torched" their entire raspberry crop and roughly a quarter of their overall fruit and vegetable crops, Sandhu said in an interview.

Sandhu's family came to Canada in the early 1960s and began farming about a decade later. Today, the 27-year-old and his parents grow a variety of berries and vegetables across about 120 hectares, while several other relatives have farms nearby in the Abbotsford area.

Sandhu and his family left home last Tuesday following an evacuation order and the next day they received photos showing their almost two-metre berry plants underwater.

They wondered if their home, built on higher ground, would be all right, he said. A visit by boat last Saturday revealed more than a metre of water inside.

Significant portions of many of the fruit and vegetable crops produced in the province are grown in the Sumas Prairie, he said. The farmers need help to clean up once the waters recede, and to repair their homes, infrastructure and soil so they can continue producing crops that feed people across the country, Sandhu added.

Close to 60 blueberry producers and 8.5 square kilometres of the berries have been affected by flooding, along with 33 hectares of raspberries that will need to be ripped out and replanted, Agriculture Minister Lana Popham told a news conference on Thursday.

About 4,000 tonnes of stored and unharvested field vegetables are likely lost, mostly from the Sumas Prairie and Fort Langley areas, with significant impacts to cabbage, cauliflower, brussels sprouts, carrots and leeks, Popham said.

Asked about the potential for financial help, Public Safety Minister Mike Farnworth said the province is working with the federal government to determine where gaps in existing insurance, disaster and farming assistance programs must be filled.

David Gill is among the blueberry farmers whose Sumas Prairie property flooded. His fields, packaging facility, tractors and hundreds of thousands of dollars' worth of high-tech equipment were submerged in more than two metres of water, he said.

Gill's family has been growing blueberries since the 1990s, expanding into the packaging and marketing business to represent about 30 growers in the region.

Since the flood, those growers are concerned about whether Gill will be able to receive their fruit, package it and get it to market during next year's season, he said.

Blueberries are Canada's top fruit export by volume and value and the Abbotsford area is a "hot spot" for their production, Gill said. The berries had already "suffered tremendously" during the heat wave, which scorched almost half his crops, he said.

It can take several years to develop the right soil conditions for growing blueberries, said Gill, who's concerned about the impacts of contaminants in the floodwaters.

While vegetables can be replanted annually, blueberry plants must be nurtured over years, first becoming hardy enough to plant outside and then robust enough for harvest, said Gill, adding that new blueberry plants were already in short supply.

It typically takes at least six years to see profits after planting blueberries, he said.

"Whoever is in the prairie and is underwater, this has set them back at least a decade of hard work just in terms of getting back to the day before the flood," he said.

"We're absolutely devastated and we need financial relief and help as soon as possible."

"The senior levels of governments are going to have to provide financial assistance or they're finished without that. And I'm confident that the federal and provincial governments will do that," Braun said.

Stretches of the dike that were patched up along the Sumas River were being raised Friday in anticipation of more rain expected this weekend and early next week, he said.

Gill wants a guarantee that the federal, provincial and local governments will do everything in their power to prevent such devastating flooding in the future, he said, including fortifying dikes along with a key pump station that nearly failed in the flood.

"I want to make sure that we build back stronger and we make the Sumas Prairie a shining gem again."