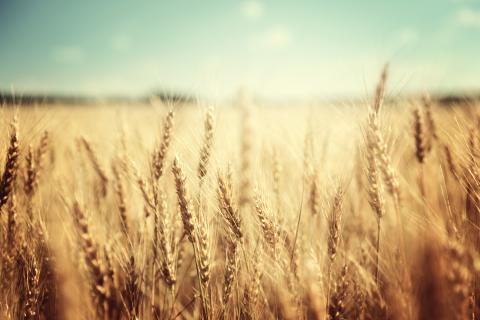 Russia's invasion of Ukraine has sparked major disruptions to a United Nations program that helps prevent hunger around the world, Prime Minister Justin Trudeau warned Monday during a trip to Europe aimed at working with allies to respond to the crisis.

"The challenge right now of Russia's illegal invasion of Ukraine, is having ripple effects around the world, not just in energy prices for Canadians and for people in Europe, but for people in the global South as well," Trudeau said Monday in London, adding that those include disruption to the UN World Food Program.

Ukraine is one of the world's major wheat exporters and since Russia's attack, global wheat prices have risen to levels not seen since 2008.

Sandra McCardell, an assistant deputy minister at Global Affairs Canada, told a Senate committee last week that there would be "a wide range of fallout" from Russia's invasion of Ukraine, including food shortages in developing nations that import large amounts of Ukrainian wheat.

Sen. Peter Harder, deputy chair of the committee, said in an interview that the reverberations of the Russian invasion would be felt worldwide.

In many countries, bread is a staple food and large numbers of countries in Asia and the Middle East import wheat from Russia and Ukraine. He said Lebanon imports 50% of its wheat from Ukraine, Libya 43%, Yemen 22% and Bangladesh 21%.

Ukraine's planting season is due to start within the month. Some rely on foreign labour, which is fleeing or will not enter the country.

Canadian wheat producers warned that the Russian invasion would make it extremely difficult for Ukrainian farmers to get their seeds in the ground.

Dave Quist, executive director of the Western Canadian Wheat Growers, said Ukrainian farmers were "very concerned about not being able to get into the field at all."

He said it was doubtful whether those that manage to plant their fields would be able to harvest in August or September.

Russia and Ukraine together export more than a quarter of global wheat supplies and the conflict has already led to a spike in wheat prices.

U.S. wheat futures rose to a 14-year high last week, with importers desperate to find supplies to fill the gap from Ukraine.

"We are already seeing wheat prices going through the roof with the potential to go up higher," Quist said.

"If there is an overall shortage, then that will mean there is more demand in other parts of the world."

Canada is a big exporter of wheat, along with the U.S., and farmers may benefit from the rising price of wheat. But most Canadian farmers have already bought the seed to plant this year's crop and would find it difficult to pivot to plant more wheat if they have not prepared to do so, Quist said. Some pre-sold their crops at lower prices before the invasion, he said.

NDP finance critic Daniel Blaikie said at a press conference on Friday that as a result of Russia's invasion of Ukraine, "there are likely to be serious economic consequences felt across the world.''

Even though Canada exports wheat, the drop in global supplies is likely to mean a rise in the cost of a loaf of bread in Canada.

She said Canadians were already struggling to afford groceries, with more and more people, including those with jobs, turning to food banks.