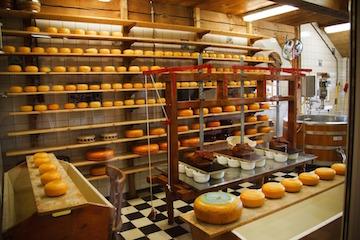 Canadian food manufacturers will reap record profits this year, predicts a new analytical report on the industry by the Conference Board of Canada.

And it suggests those profits will remain strong despite the squeeze on margins from increased competition in the food retail sector.

Part of a CBC service that offers access to five-year forecasts in 16 key Canadian industries for $925, the report predicts that pre-tax profits in the Canadian food manufacturing industry will reach a record $4.3 billion in 2016.

That is especially true in regards to the economically vibrant United States, which eats up 70% of all Canadian food exports.

That hunger will remain insatiable for the foreseeable future, predicts report author Burt, who left Moody's Analyticals in 2004 to join the CBC.

"Going forward, industry exports are forecast to grow by an average of 2.6 per cent per year between 2016 and 2020, and account for a rising share of industry sales," he writes.

Between 2011 and 2015, the number of new food and drink products launched containing the terms superfood, superfruit or supergrain has more than tripled. In particular, demand for chia seeds has increased 70 per cent, while demand for teff and quinoa has grown by 31 and 27 per cent, respectively.

Burt warns, however, that there are challenges facing the industry.

One is what he calls the "ongoing structural shift" in Canada's food retail sector, where global discounters Costco and Walmart have reduced the food sales of traditional grocers like Loblaws, Sobeys and Metro from 84 per cent in 2010 to 78 per cent in 2015.

"Inflation has played into the hands of these retail giants, allowing them to capitalize on portions of the population who are more sensitive to changes in prices," writes Burt. "With traditional supermarkets looking for ways to compete against these retail giants, food manufacturers will find it increasingly difficult to pass on costs to retailers."