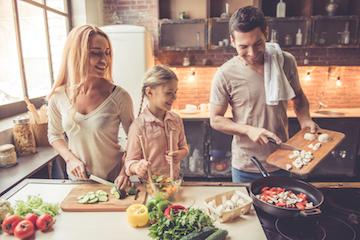 One of the common observations about the pandemic has been that a lot of people spent a lot of time in the kitchen—that they learned more about food, tried new things and developed new food habits. But new research from the Agri-Food Analytics Lab at Dalhousie University suggests at least part of that assumption is wrong.

The intent of the research, conducted by Caddle, was to measure Canadians “food literacy” nearly a year into the pandemic, with food literacy defined as “understanding the impact of one’s food choices on one’s health, the environment, and our economy.”

And while the study’s authors expected to see an increase in food literacy because of the extraordinary circumstances of the COVID crisis that is not what they found. It may be that people have been spending more time in the kitchen, but they don’t seem to have taken the time to become more food literate.

“The numbers are a little disappointing,” said Sylvain Charlebois, a professor at Dalhousie and senior director of the Agri-Food Analytics Lab. “We thought that we would see a tremendous amount of literacy out there, people wanting to cook more, garden more,” he said. “But the evidence is not there.”

Food literacy can be measured in many ways, but one of the metrics used by the researchers was knowledge of a recipe. “We didn’t want boiling an egg to be a recipe,” said Charlebois. But they didn’t want it to be complicated either; they settled on a definition of three ingredients and three steps. “That’s not a whole lot,” said Charlebois. They expected a significant number of people would have learned more recipes in the last year.

Of the 10,004 Canadians surveyed on food literacy last month, a little more than 24% of respondents said they prepared all meals at home since the start of the pandemic, and nearly 56% feel they have “prepared most meals” themselves, but just 35.5% said they have learned a new recipe in that time. The average Canadian knew 6.2 recipes before the pandemic, and now that number has risen to 6.7 recipes.

“Given how more domesticated Canadians have become, we were expecting that ratio to be much higher,” wrote the authors. “If I am to say whether or not Canadians are more food literate as a result of COVID, the answer is slightly, at best. I don't see a whole lot of change,” said Charlebois.

When it comes to food literacy it’s also important to assess where people are getting their food information from. “The internet is king,” he said, adding that grocers are well down the list.

“Grocers have to work on that,” said Charlebois. Many grocery stores say they have a dietician or nutritional expert available, but most people will never see them or know how to find them.

“If there's one tip that grocers should take away from this study is to actually make that support real and human and basically increase their currency when it comes to food literacy, because it's not working right now and I think it seems to be a little bit inauthentic.”