In this, the most challenging of years, independent grocers have been tested again and again and more often than not they’ve risen to the challenge. This doesn’t surprise Ron Welke, associate vice-president, food at Federated Co-operatives Limited and chair of Canadian Federation of Independent Grocers (CFIG). “Their resiliency, their innovation, their desire to serve their communities really shined through and they rose to the occasion,” he says. “They are making a big difference in the communities they serve.”

But things could be better for independents. We recently spoke to Welke and Tom Shurrie, president and CEO of CFIG (an organization representing some 4,000 independent grocers) about some of the big pain points CFIG is working to ease. Here’s what they had to say: 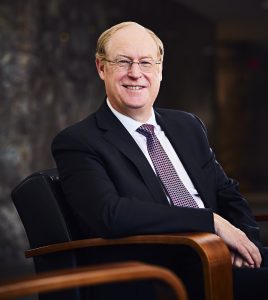 LEVELLING THE PLAYING FIELD—The pandemic has raised new awareness of a not-so-level playing field among Canada’s grocers. The big guys can make demands of suppliers that indies simply can’t, cultivating an unfair retail landscape, says Welke. Recently, there have been renewed calls for a code of conduct for the industry, similar to codes adopted in Australia and the United Kingdom.

“We’ve talked about the total industry coming together to create the code. If that’s with government, that’s one thing, but on the other side, it would be good to have a code like there already is established within the payments industry in Canada,” says Shurrie. Such a code would constitute a new rulebook for the industry that would help ensure transparency and fairness. “We encourage everyone to work with us on that,” he says.

COVID’S IMPACT ON CASH—Consumers seeking fewer touchpoints in store and retailers opting to go cashless—in an effort to curb the spread of the virus—along with the rise of e-commerce, has all brought about a change in the payments landscape. “We’ve seen increased credit card use versus cash, and that’s obviously causing retailers some incremental fees,” says Welke. CFIG’s position is that the fees charged by card companies are not reasonable and it has been working for years with other trade groups to lobby credit card companies and the federal government to lower the fees. “When we look at other jurisdictions across the globe, our interchange fees are quite high, so it continues to be an issue for grocers.”

PREPARING FOR A SECOND WAVE—Anyone following the reports of COVID-19 spikes across the country might think a second wave is imminent. If it does happen, Welke says changes that independents have put in place in the first wave will set them up well for what comes next. “We’ve learned a lot over the last six months.” That said, he wants independent grocers to get their share of product this time around. Shurrie agrees: “We’re asking suppliers in advance to work with us to ensure there’s a constant supply to independents.” He sees the reliable supply as a food security issue for his members in remote and rural communities across Canada. “It’s critical that these communities have the products they need so there’s not food insecurity.”

Ron Welke, associate vice-president, food at Federated Co-operatives Limited and chair of CFIG.
SEIZING THE OPPORTUNITIES, TOO—While the grocery shopping environment has been challenging over the last several months, there’s an opportunity to gain customers. “Independents have seen some new customers and there’s an opportunity to retain those customers,” says Welke, so long as grocers “continue to make the shopping environment one that customers are going to enjoy and feel comfortable in, both in the stores and by providing improved online platforms, too.” Another opportunity lies in “cracking the nut” on what consumers will be looking for from a foodservice perspective, he says. With food bars likely not making a return in-store anytime soon, the opportunity lies in finding ways to provide busy customers with those meal solutions they’re used to.