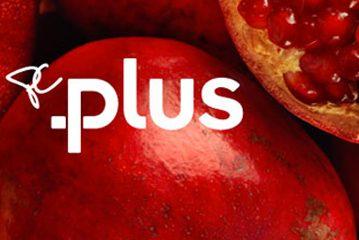 Another divorce in Canada's loyalty card sector has consumers stuck in the middle asking questions about the future of an industry still bruised by the actions of some of its largest providers.

It is the latest split between loyalty programs and the country's banks, which are increasingly moving towards digital banking, following prior breakups between Shoppers Drug Mart and Royal Bank of Canada and Costco and American Express. TD took over from RBC as the primary card for Aeroplan, while Air Canada recently said it planned to move away from Aeroplan to start its own loyalty program after 2020.

Technology and the structure of loyalty programs have dramatically changed since CIBC and Loblaw partnered almost two decades ago, said Jacques Nantel, marketing professor emeritus at the University of Montreal's HEC business school.

The industry has been going through an upheaval, he said, because of the high cost to retailers of operating a rewards program.

"The payback is not what it used to be."

CIBC's experience running the PC Financial online banking operation will allow it to compete with rivals such as Tangerine, while Loblaw will focus on its credit card and PC Plus loyalty program, said Patrick Sojka, a travel rewards expert and founder of RewardsCanada.ca.

"Even though banks are still making tons of money they are trimming the products that aren't adding enough to the bottom line," he said.

Some industry observers believe the breakup clears the deck for Loblaw, which purchased Shoppers in 2014, to merge or overhaul the PC Plus and Optimum programs, recognized in surveys as among the most favoured by Canadians.

"What it tells me is get ready for a Loblaw-Optimum merger," said Ken Wong, marketing professor at Queen's School of Business.

He said the emergence of data analytics even in the last two years had prompted companies to seek to control their data.

Retailers mine card use data to target members with personalized deals designed to lure them to return and spend more.

Meanwhile, consumers increasingly want programs that allow them to collect and redeem points quicker. That has favoured programs, including those offered by credit cards, that provide cash rewards on purchases instead of points that need to be saved for big redemptions.

Canadians carry on average 12.2 loyalty cards, up 25% in the last four years, according to marketing agency Bond Brand Loyalty. However, they only actively use about seven of them.

Satisfaction is highest for co-branded debit cards like PC Financial, coffee cards, credit cards and programs run at drugstore, grocery and gas retailers, according to the Bond Report. It is lowest at coalition programs like Air Miles.

In 2013, Aeroplan found itself in the midst of an uproar for attempting to invalidate miles that weren't used over a seven-year period.

While consumers have witnessed musical chairs by banks and retailers, they seem to be taking it in stride, said Scott Robinson, vice-president design and strategy at Bond Brand Loyalty.

"What we know is that Canadians have an insatiable appetite for loyalty."