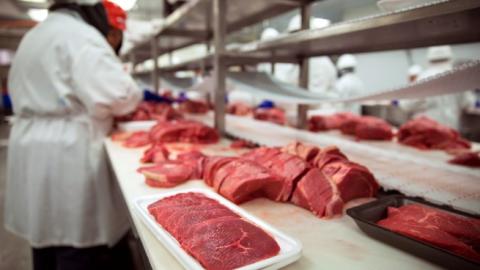 Two class-action lawsuits are now underway in Canada, both alleging the price of meat in the country has been artificially inflated by conspiring meat packing companies.

The first class action was filed in B.C. last month and was followed by a similar filing in Quebec late last week. Both allege four large North American meat companies, Cargill Inc., JBS, Tyson Food Inc. and National Beef acted together since 2015 to fix the prices of beef supplied to the Canadian market.

“This action arises from a conspiracy between the Defendants and their co-conspirators to fix, maintain, control, or lessen the production or supply of Beef and fix, raise, maintain, or stabilize the price of Beef sold to purchasers in Canada, starting at least as early as January 1, 2015 and continuing to the present,” states the B.C. claim, filed by the law firm Camp Fiorante Matthews Mogerman.

The claim in Quebec was filed by the law firm Belleau Lapointe on behalf of the consumer rights non-profit Option consommateurs. That class action claims the four meat packers “conspired to unduly restrict competition related to the production, supply or sale of beef in Québec.” The Quebec claim also dates back to Jan. 1, 2015, and both filings claim the defendants control about 85% of the Canadian beef market. Both cases are awaiting court certification to go forward.

"I find this situation infuriating," Sylvie de Bellefeuille, a lawyer with Option consommateurs, told Canadian Press. "[W]hen it comes to people with lower income, for example, they have a hard time now buying beef, so this is something that really outrages me."

Canadian Grocer attempted to contact all four of the businesses named in the class actions, but they did not respond. However, in a statement provided to the Toronto Star, Cargill said the claims “lack merit,” and that “We compete vigorously in the market and conduct ethical business, and we are confident in our efforts to maintain market integrity on behalf of our customers and consumers.”

Well-known food industry expert and Dalhousie professor Sylvain Charlebois said he was not surprised to see the class actions filed in Canada after similar claims were made in the U.S. against the four meatpacking businesses.

President Joe Biden has called for new rules to increase competition in the meat sector in the U.S., and the same four meat packing companies are facing similar antitrust litigation, with JBS agreeing to pay $52.5 million in a settlement announced in early February. (Read more on the situation in the U.S. here.)

“It was just a question of time,” said Charlebois. “There’s been a lot of noise in the U.S. about collusion with the beef sector.”

Asked about likely outcomes Charlebois believes the most likely result will be some sort of pay out without any admission of guilt similar to what JBS just did in the U.S.. “They just wanted the story to go away,” he said.