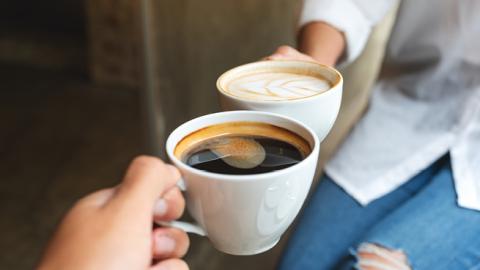 Coffee holds strong as Canadians’ drink of choice, but sustainability is going to be a bigger issue going forward, heard attendees at this year’s Coffee Association of Canada’s annual conference themed “The Road Ahead.”

“Coffee penetration remains strong with seven in 10 people having had at least one cup of coffee yesterday,” said panellist Cheryl Hung, vice-president of research at Dig Insights, citing findings from the 2022 National Coffee Data Trends report. “Even the consumption of espresso-based coffees like lattes and cappuccinos have stayed steady.”

Vince Sgabellone, director of client development at The NPD Group, said at least one-third of consumers have purchased a new piece of coffee brewing equipment over the last two years and are determined to make good on their investments. “Lots of people … think they are home baristas now,” he said, noting that 25% have said they would bring coffee from home when going out given their new home brewing devices. While traditional coffee still ranks No. 1, he said specialty/ iced coffees are most popular among the younger set, with 62% of generation Zs consuming these types of coffees compared to 50% of millennials and 30% of boomers.

With inflation concerns still looming, it’s not surprising that price is the key factor driving coffee growth. And while grocery stores have the lion’s share of the category, there is some “channel shifting” happening, noted NielsenIQ’s Jenny Mabley, vice-president, consumer panel services, as people go to warehouses, mass merchants and even drugstores for their java fix.

Mabley also stressed the rise in popularity of private-label coffee brands, which have 16% of the market. “I can’t stress enough how important [this segment] is,” she said, adding that more than one-third of consumers (regardless of demographic) are also opting for coffee pods.

In speaking of ways retailers can better engage coffee-drinking consumers after two-and-a-half years of pandemic hibernation, Vanessa Toperczer, senior vice-president, IMI International, said they could be a “connector” and provide some excitement around the category again. She noted that coffee is an ideal category because it’s not particularly highstake or high cost. “Sell the dream through visuals and messaging – sell that moment of togetherness.”

Yet, even with all the coffee love happening, there are longer-term factors at play that are now contributing to potential coffee shortages in the future, whether that be climate change affecting crop supply or labour issues stalling products from reaching grocery stores. “Supply chains are a problem, and few people understand what that means,” said Sylvain Charlebois, professor in food distribution policy and senior director of the Agri-Food Analytics Lab at Dalhousie University, noting that lab-grown coffee is in the works already as a potential antidote. “It doesn’t taste the same yet, but they are getting there.”

Charlebois said the one thing society is starting to understand – given climate change and the pandemic – is that risks never disappear, they simply move across the supply chain. One way to mitigate future supply chain concerns, he said, is to take a “wholistic approach and talk to each other because the risks are moving and you have to come up with sustainable solutions.”

Kate Burnett, president of coffee company Bridgehead, said inequalities in wages for farmers is forcing them to start diversifying their products. “More significantly, we will see the next generation who have watched their parents work so hard and lead challenging lives, move away from [a coffee growing] career entirely,” she said. “As an industry, coffee farmers are the backbone and if we don’t ensure everyone on the supply chain is making a living wage, we won’t have the industry we have now.”

Fred Schaeffer, president and CEO, Mother Parkers, said the whole coffee sector could be doing a better job in helping consumers understand the sustainable options available so they can make better choices. “We have fair trade, organic, bird-friendly [and so on] and collectively we have an opportunity to talk to consumers in a more unified way,” he said.

Telling consumers how they can make a dent in climate change also gives them a sense of control during a time when control has been lacking, said Mary Graham, president of Toronto’s Fresh City. As a longer-term plan, she said regenerative farming (i.e., regenerating soils to improve their fertility) would be a more sustainable solution from the onset. “These are costly agricultural processes, but it’s the next phase [of] where coffee needs to go.”