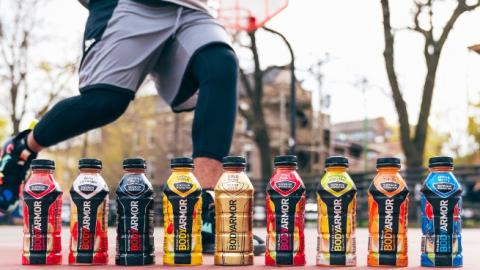 Coca-Cola Co. is making a multibillion-dollar bet on the sports drink brand BodyArmor as part of a larger push to diversify its offerings.

Coke said Monday it paid US$5.6 billion for the remaining 85% of BodyArmor. Coke originally bought a 15% stake in the BodyArmor in 2018.

Coke confirmed that BodyArmor is its largest-ever brand acquisition. The deal is part of a multiyear effort at Coke to move beyond sugary soft drinks and into other categories like juices, enhanced waters and sports drinks. Coke acquired full ownership of the Fairlife milk brand in 2020 and Costa coffee in 2018.

BodyArmor was founded a decade ago by Lance Collins, the founder of Fuze Beverage, and Mike Repole, who started the Smartwater and Vitaminwater brands. Coke also bought Fuze and Repole's company—Energy Brands—in 2007.

Basketball star Kobe Bryant was an early investor in BodyArmor, becoming its third-largest shareholder and a member of its board in 2013.

In a statement Monday, Repole credited Bryant—who died in a 2020 helicopter crash—with the brand's growth. Coke announced the acquisition at 8:24 a.m. EDT Monday to honor Bryant, who wore the jersey numbers eight and 24 in his NBA career.

BodyArmor had the third-highest market share in the U.S. sports drink category in 2020, with 9.3%, according to Euromonitor. PepsiCo's Gatorade, the market leader, controlled 68%, while Coke's Powerade brand was second with 14%.

Atlanta-based Coke said it would manage the BodyArmor brand as a separate business. It will continue to be based in New York.