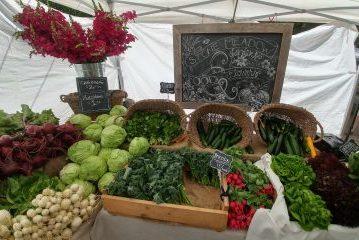 I recently wandered off the beaten track in British Columbia. My travels took me into Nelson, a relatively small city of 10,000 people. What is fascinating about this place is how it has reinvented itself and its future, in part, around food.

For its scale, it has a disproportionate number of coffee shops, food-to-go outlets and restaurants. Most of them are independently owned and operated, and the major chains are not represented here.

What struck me, as I ventured along its historic high street was not just the quality of the outlets, but how bang on trend they were. In terms of concept development, they would easily hold their own in any major North American city. 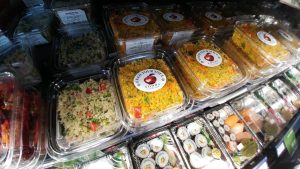 The Kootenay Co-op is the main grocery store in town. It has differentiated itself from major competitors such as Safeway and Save-On-Foods through leaning into health and wellness in a major way. A relatively new build, the store offers an extensive range of better-for-you products, including many which are sourced locally, and an impressive food-to-go offer. The centrepiece of the store is the health and beauty department that offers a unique range of products and wellness services. It also offers a great range of food-to-go prepared freshly on-site, and a range of health-focused grab-and-go sandwiches, wraps and salads.

A visit to the local farmers market was a timely reminder of how influential this retail format has been in shaping store design and product merchandising in North America over the last five years. Abundant product displays, chalkboard features and a mix of natural and contemporary materials were among the design cues. I frequently see these within new store launches. The growing popularity of this design concept among retailers suggests the farmers market will continue to be a source of new ideas. 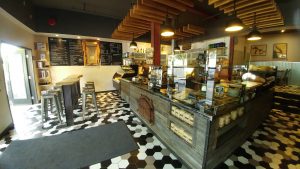 The quality of the coffee offer was outstanding, with many places featuring local roasts from companies such as Oso Negro and No6 Coffee Company. Empire Coffee, brewing the infamous Stumptown, is a firm favourite in the city, which has also developed a solid menu to cater for the breakfast and lunch crowd. 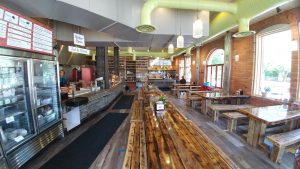 Whether it be a concession stand in the local park or a lunch spot on the high street, the push on organic was hard to miss. Raw, vegan and gluten free options were also widely available, while artisan ingredients were the norm for any sandwich or salad. The 'farm to fork' movement was also evident, or in the case of Farm Fresh Cafe, 'farm to tummy.' This was one of my favourite places, hitting all the right cues in terms of healthy eating, meal deals and time of day merchandising. 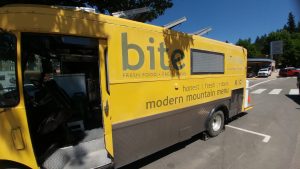 Despite the choice of permanent outlets in this small city, food trucks also have their space in Nelson. The "modern mountain menu" at Bite aligned with many of the themes dominating the local food scene. Fresh salads, wraps and burgers made from hormone free, antibiotic free, grade A, grass-fed Canadian beef are staple items. This concept neatly summarized what Nelson is all about.

I was inspired by many of these businesses and it was a useful reminder that inspiration can often be found in the unlikeliest of places. As you travel beyond the major cities this summer, look out for these businesses that are at the heart of initiatives to revitalize small towns, and share some of the best concepts that you discover. #FindingAwesome