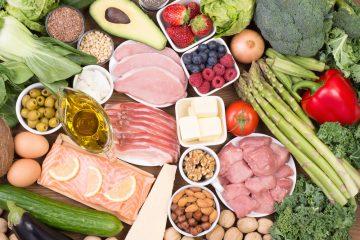 Canadians are dropping the keto diet like a hot, banned potato.

Since January is all about diet and health, and “keto-friendly” labelled food products are popping up on shelves, the Agri-Food Analytics Lab at Dalhousie University decided to poll Canadians about their thoughts on this seemingly popular weight-loss program.

But first, what is keto? The ketogenic diet focuses on foods that are high in fat, medium in protein and low in carbohydrates. Foods not allowed include starchy vegetables, sugary foods, grains, beans, beer, most fruits, and more. The aim is to induce a metabolic state called ketosis, where the body is so low on carbs it starts burning fat for energy.

The Dalhousie survey, done in partnership with Angus Reid, found that only 4% of Canadians are following the keto diet while 10% are thinking about it. Alberta has the highest percentage of people on the keto diet (6%) followed by Ontario (5%). The lowest rate is in Saskatchewan (1%). The diet is a relative unknown in Quebec, where 27% of respondents have never even heard of it.

“You cannot avoid keto-friendly products these days—they’re just everywhere—and cooking shows often talk about keto-friendly recipes,” says Sylvain Charlebois, scientific director, Agri-Food Analytics Lab Faculty of Agriculture, Dalhousie University. “So, one would think many Canadians are actually on this diet, but 4% is a very, very low number. We were expecting a much higher percentage.”

The survey results also suggest those who have tried the keto diet aren’t sticking to it. More than twice as many Canadians have tried and dropped it (9%) than those who remain with the program.

Most Canadians on the keto diet said they want to lose weight (69%) and nearly half (48%) are generally concerned about their health and well-being. While 15% of those on the diet started it as a result of a friend recommending it, 5% said they were influenced by a celebrity or TV show.

Survey respondents were also asked why they stopped following the keto diet. While 12% said they did not see any results, 37% felt the diet was too strict.