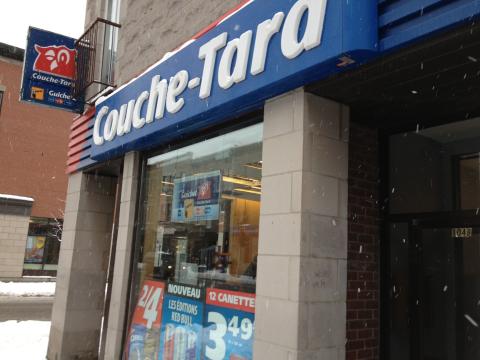 Canadian Grocer has learned that convenience store giant Alimentation Couche-Tard and the distributor Core-Mark are both joining the buying group July 1.

They are the second and third members signed in the last month by UGI.

In May, Quality Foods, an 11-store independent grocer on Vancouver Island, joined.

Laval-based Couche-Tard is Canada’s biggest convenience store chain with banners that include Couche-Tard and Mac’s.

Couche-Tard also owns and operates convenience stores and gas stations in the U.S. under brands such as Circle K, as well as the European gas-convenience chain Statoil, which it purchased two years ago.

Couche-Tard had global sales of US$35.5 billion last year.

It operates in some five Canadian provinces with distribution centres in B.C., Alberta, Manitoba and Ontario. A consolidation centre opened in Toronto late last year.

In March 2013, Core-Mark signed a five-year agreement with Imperial Oil to service approximately 500 Esso branded stores located in Ontario and the western provinces.

Core-Mark’s largest customer is Couche-Tard, accounting for nearly 15% of its overall sales.

UGI already includes a host of the country’s major grocery chains, including Metro, Overwaitea and Longo’s.

Last year, UGI lost one of its biggest members, Canada Safeway, when that grocery chain (with more than $6.7 billion in retail sales) was purchased by Sobeys, which is not a member of UGI.