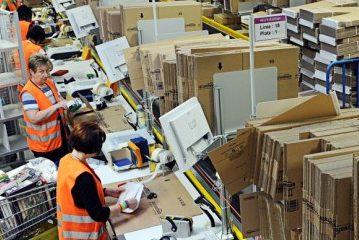 The quick-to-Tweet American president's recent flurry of posts attacking Amazon.com raises the political stakes in the tech titan's consideration of Toronto, the only non-American city shortlisted, for its second headquarters.

It's unlikely Donald Trump's social media missives will sway the decision either in Toronto's favour or that of any of its 19 U.S. city competitors, as the company is probably more focused on its long-term goals than acquiescing to a White House administration that could be around for a maximum of eight years. But a successful Toronto bid could be interpreted as a personal affront to the president and his America-first agenda, experts say.

Trump has targeted Amazon frequently in the past week, claiming the e-commerce company pays little or no taxes to state and local governments, puts thousands of retailers out of business and costs the country's postal service billions of dollars.

"Only fools, or worse are saying that our money losing Post Office makes money with Amazon. THEY LOSE A FORTUNE, and this will be changed. Also, our fully tax paying retailers are closing stores all over the country...not a level playing field!" he sent from his account on April 2.

The rant makes it clear that if Amazon decides to put down roots north of the American border -- and the promised up to 50,000 jobs and more than US$5 billion in construction investment -- it will elicit "certainly a negative reaction" from the president, said Sean Mullin, executive director of the Toronto-based Brookfield Institute for Innovation + Entrepreneurship.

READ: Toronto the only Canadian city in the running for Amazon’s second headquarters

It's now likely less important to pick Toronto on its merits, he said, "than Amazon picking through the implications of either purposely angering President Trump by picking Toronto or trying to avoid that scenario."

If Toronto is equal to, but doesn't exceed the merits of an American contender, the risk-averse approach would be to choose the U.S. city, he said.

"And kind of avoid the glare of attention that that might bring."

If Amazon founder and CEO Jeff Bezos opts for Toronto "he might be goaded into it a little bit" by Trump, said Mullin-- though, don't expect Bezos, who's been mostly mum in the face of Trump's attacks, to be quite so forthright.

It's not likely the 280-character Twitter jabs will be a driving force in Amazon's decision, said Sherena Hussain, an assistant professor at York University's Schulich School of Business in Toronto.

After all, she said, a second headquarters "will have a long-term impact on the strategic direction of Amazon."

Canada has a lot of things going for it, like a relatively open immigration policy, that make Toronto an attractive place, she said, but the city also has potential weaknesses.

So while the president's tweets bode in favour of Toronto by allowing the company to diversify some of their political risk and exposure, said Hussain, it may not be enough to woo Amazon over some American top contenders.

"This is all kind of noise," said James McKellar, a Schulich professor.

"They're going to do what any firm would do, and that is what gives them the best competitive advantage," he said.

If anything, it could boost Washington, D.C.'s prospects, said McKellar, as Amazon could think that if this is what's going to come out of Washington, it could be beneficial to be close.

Bezos already owns the Washington Post and adding another 50,000 jobs to the government city would give him a lot of clout, he said.

"It wouldn't hurt to be close to the seat of power."