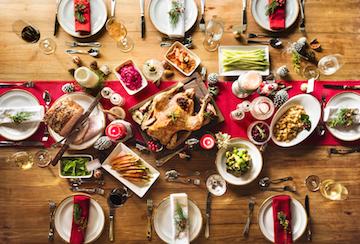 In what has been a difficult year for Canada’s retail industry, a new survey from the Retail Council of Canada (RCC) suggests the upcoming holiday season is shaping up as a strong one for the country’s grocery operators.

The key for grocery operators, says the RCC, is that their business practices reflect the new realities created by COVID. This includes a continued emphasis on online and curbside pick-up, the prioritization of health and safety measures, and inventory that meets growing customer support for local businesses.

The RCC’s annual holiday shopping survey found that Canadians plan to spend about $100 less this year (an average of $693 compared to $792 in 2019), with consumer feedback suggesting they will place an emphasis on products that are either locally sourced or manufactured in Canada.

“People do change their behaviour based on their need and their wallet, but there’s no question that grocers benefit from highlighting products in their stores that are locally sourced or support a business in Canada,” said RCC president and CEO Diane Brisebois.

Brisebois is confident in predicting this will be a strong holiday season for the grocery sector, pointing out that both large and small retailers have done “an amazing job” in navigating the challenges posed by the pandemic.

“Being essential retailers does help, but if you’re not good at what you do, consumers react very quickly,” she said. “ have been amazing at what they’ve done. Because of the restrictions, because of the changes in consumer lifestyles, there will be winners and losers—and certainly the grocery sector is not in the loser category.”

A supplemental survey conducted for RCC, meanwhile, found that entrepreneurial businesses have seen more growth relative to their more mainstream competitors as the pandemic has continued.

“A lot of grocers and mass merchants are seeking these companies, understanding that it’s something that’s attractive to consumers,” said Brisebois, noting that there appears to be an increased willingness across the retail spectrum to experiment with more entrepreneurial companies. “It’s a win-win for everybody,” she said.

The survey of 2,500 Canadians by Leger found that food, alcohol, candy or sweets will once again account for the largest share of wallet this holiday season, accounting for nearly one-fifth (19%) of all consumer spending.

While cautioning that the responses signal intent and not necessarily how consumers will behave in the moment, Brisebois attributed the projections to an increased emphasis on “home” created by the pandemic.

The study also suggests a pronounced shift in how Canadians plan to carry out their holiday shopping, with 42% of respondents indicating they plan to shop for items online, up significantly from 28% in the 2019 study. Nearly two-thirds of respondents (62%) said they plan to use curbside pick-up more than they did last year.