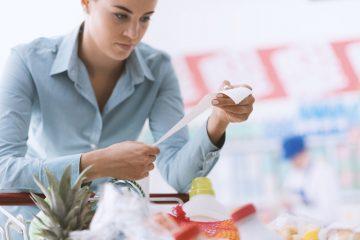 Canadians will be forking over more money for groceries next year. Food prices in Canada are forecast to rise 1.5% to 3.5% in 2019, according to the ninth annual edition of Canada’s Food Price Report by Dalhousie University and University of Guelph. The annual food cost for the average Canadian family is expected to increase by $411 in 2019 to $12,157 for the year.

Vegetables will see the highest increases (4% to 6%), followed by food purchased at restaurants (2% to 4%). Bakery and fruit prices are both predicted to increase between 1% and 3%, while the dairy and grocery categories are each expected to rise up to 2%. For the first time since its inception, the report forecasts decreases in the cost of meat (-3% to -1%) and seafood (-2% to 0%). In 2018, all of the expected changes in prices were accurately predicted with the exception of one food category: fruit.

“For the second year in a row, we are expecting category to fluctuate significantly as a result of the reports we’re getting related to the weather,” says Sylvain Charlebois, a professor of food distribution and policy at Dalhousie University. “That’s going to be problematic in terms of procuring vegetables and keeping prices at a decent level.”

The report states that while heavy rainfall is expected in regions of South America and Southern Asia, North America will likely see issues with accessing water. As seen in the past, El Niño will likely place pressure on certain food prices for 2019.

As for the decreases in the price of meat, Charlebois says beef prices in particular increased so much in 2014 “that veganism basically happened. A lot of people started to look elsewhere because they thought beef was too expensive.” He expects the price will go down as grocery retailers “try to get some love back from consumers after the 2014 shift.”

Meanwhile, seafood price fluctuations will be due to availability, quality and traceability of certain imported products.

One key macro economic factor highlighted in the report is geopolitical instability, which will place substantial pressure on Canada in 2019. “With the regime that we have in America, you can see embargoes and tariffs almost being imposed overnight, and that has a huge impact on food demand because you have to pay more or you just don’t have access to a certain product,” says Charlebois.

The report notes that 2018 brought Canada international trade uncertainty with the replacement of NAFTA with the United States–Mexico–Canada Agreement (USMCA). Under the new agreement, the agricultural sector will see doors open for American dairy, egg and poultry farmers worth about 3.6% of the total current Canadian market. While much attention is being paid to Canada’s dairy sector, all five supply-managed agricultural sectors (eggs, dairy, chicken, turkey and hatching eggs) will suffer setbacks due to the USMCA, according to the report.

One major food trend highlighted in the report is cannabis and its related food and beverage products. “Within the next 12 months, edibles will be allowed—a new beginning for the agri-food sector in Canada,” the report states. “The legalization of recreational-use cannabis in Canada offers the industry a chance to develop an untapped market. Enthusiasm appears highest within the beverage arena.”

Another key food trend for 2019 is the rise of plant-based foods. “Demand is on the rise and grocers will start to promote more of these options to consumers,” says Charlebois. “I expect a lot of plant-based products to be sold right next to the instead of putting marginalized food products in some weird section of the grocery store.”