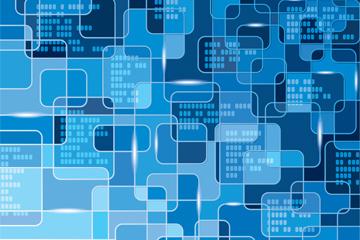 Like many grocery retailers these days, the Longo’s leadership team is thinking a lot about technology and how it will affect their workforce. There’s not a lot of technology in stores yet, but they’re starting to test and explore the possibilities.

Self checkout was previously deemed a poor fit for Longo’s, but they are reconsidering it as systems improve. They’ve partnered with the University of Guelph on a retail innovation lab and they’re in the midst of implementing a new enterprise resource planning system, which will serve as the digital foundation of additional enhancements. “We are going to be introducing more and more technology,” says Liz Volk, vice-president of human resources at the chain that has more than 30 stores around Ontario’s Golden Horseshoe.

“We do a little bit of testing and learning, trying to look at what are some of the technologies for the future, and what it could mean for our workforce,” she says.

Technology will infuse all corners of the business, but rather than chase every new innovation that comes along, Longo’s is focusing first on the larger strategy—what the brand can become in an industry totally transformed by technology, and what that could mean to its workers. “We are having conversations about what impact it will have in the future,” she says. “And it will have. For sure.”

By now most people working in food and grocery will know some version of the, well, grim labour market forecast for the industry. Thanks to smarter and smarter artificial intelligence systems, software and platforms, along with ever more capable robots, a wave of automation is expected to wash over the retail labour workforce, eliminating millions of jobs around the world. Intuitively, this makes sense. We’ve already got self checkouts, and the trend line seems clear. Amazon is already opening cashier-free stores and we’ve all seen those creepy robots that open doors, pick up items and deliver packages.

But this might be an over-simplified vision of what lies ahead for retail labour. Indeed, the impact of automation is a matter of debate among economists and many simply don’t accept that bleak view of the future where human labour is replaced by robots.

“I don’t buy it,” says Joe Atikian, a Toronto-based economics writer and author of Industrial Shift: The Structure of the New World Economy. To be sure, new technology almost always leads to job losses. “But, generally, what happens is that there are unexpected consequences and usually on the positive side,” he says. “Automation makes things more efficient, and more efficient economies tend to hire more people.”

The financial sector is sometimes used as an analogy for this argument: one of the reasons bank teller employment didn’t plummet after ATMs became ubiquitous was that the more efficient delivery of basic services allowed banks to open more branches, even if each branch had fewer tellers.

In other words, the net effect of technology will largely depend on the answers to fundamental—even philosophical— decisions about what a grocery business wants to become through the application of new technology, and how they get and use that technology to move there.

Some experts see a new spectrum for the industry emerging. At one end, we’ll have businesses that use technology to sell food and consumer packaged goods as efficiently and cheaply as possible. This is grocery shopping as pure transaction: maximum automation and minimal human interaction.

The challenge in that space will be coming up with a unique value proposition. Globally, the two e-commerce overlords, Amazon and Alibaba, have benefits of scale and technology that provide an enormous advantage against most other players.

Last year, Walmart partnered with Google to offer thousands of items for sale through its voice platform, Google Assistant. That was a response to Amazon’s growing power, says Canadian retail expert and author Doug Stephens. “Amazon is a technology, data, innovation and logistics platform,” he explains. And in this age of online shopping and constant connectivity, those are the attributes of a dominant retail force. “If, indeed, Walmart is going into this gun battle with Amazon, then they better have a partner that is a data and technology company,” he says. (The headline on Wired.com was “Google and Walmart’s big bet against Amazon might just pay off” when the deal was announced.)

At the far edge of this retail divide, these purely technology-driven grocery businesses won’t need many employees that understand the basics of customer service, or really anything about food. “People in this retail environment will really just be there to keep the technology working,” says Stephens. “The humans we have in-store will be more like technicians to make sure everything is working as it should.”

Most conventional Canadian grocery retailers will find it difficult to make the shift to cutting-edge technology company. (Loblaw, Sobeys, Metro and Walmart all declined to share any details about their plans for this article.) “If it is possible— and I’m not suggesting it is not—it would be an extremely long-term transition,” says Stephens. “And you may never actualize that vision because it really has to be something that is in your DNA.”

At the other end of the spectrum, grocery retailers will still use technology to reduce and eliminate repetitive, monotonous labour. But rather than simply cut head count, they could use staff—equipped with the latest information technology—to provide different and better services to consumers. “They could hire a sommelier who can help customers pair up wines with their foods. They could potentially hire chefs in the store help customers understand how to cook the things they are buying, or nutritionists helping people match up the right diet for any medical condition,” says Stephens.

Thanks to cloud computing and soft-ware-as-a-service (SaaS) vendors, almost any grocery retailer has access to platforms and technology that were only available to major multinational firms not long ago, says Michael LeBlanc, founder of retail consultants M.E. LeBlanc & Company and a senior advisor with the Retail Council of Canada. “These big SaaS-type platforms allow you to rent the technology and that is a real benefit to the smaller retailer in the grocery sector because they can focus on the best, most knowledgeable customer experiences.”

But even with the option of third-party tech providers and system developers, grocers will still need to find people to manage the software and integrate various retail systems—from e-commerce to inventory management to loyalty to point of sale—to deliver the best possible experiences for customers. “Having all of those systems talk to each other, that takes a lot of horsepower,” says LeBlanc, “some of which you can rent and some of which you are going to need to have your own in-house.”

Already, finding and holding onto those talents is tough when so many other sectors are competing for essentially the same expertise. The challenges are particularly acute for smaller retailers. “You have to keep them engaged with interesting projects,” says LeBlanc. “When you are a larger retailer there are all kinds of projects to work on in all kinds of divisions.”

Recruiting highly skilled digital talent has been a challenge at Longo’s, especially for its e-commerce business, says Volk. The technologies are always evolving and changing so there is constant pressure to ensure the company has employees who are proficient in the newest and best—people who are in demand across most of the economy. That competition for talent is pushing Longo’s to change how it finds and vets those in-demand candidates.

“We are having to get faster with our recruiting process,” says Volk. “For top talent, we need to conduct a full-cycle recruitment within two to three weeks or risk the candidate being offered another position.” Earlier this year, when the company was looking for a senior Java developer, it went from sourcing a candidate on LinkedIn to hiring in one week, says Volk. “It is extremely competitive.”

But beyond those very specific, highly technical skill sets, Longo’s has adjusted its staffing practices across the company for the new, more tech-driven retail age. Now, the hiring emphasis is on people who will be able to quickly adapt to whatever new technology comes along, says Volk. “Someone who is interested in continuously learning new things,” she explains. “Individuals who are curious, who are interested in innovation and asking what is possible.”

Norman Shaw, professor of retail management at Ryerson University, has a similar perspective on how the workforce—outside of the dedicated technology experts and developers—will have to change. When tools and technology become ubiquitous, infusing all aspects of all businesses, he says, the quality of the employees will be what allows businesses to succeed.

“I think it is more about creativity,” says Shaw. “New ideas and the whole business of design.” When one store comes up with a new idea to impress customers, for instance, how well and how quickly can another business respond with its own new idea? “I think if we can educate people to be more flexible and creative,” he says, “that would be very good.”