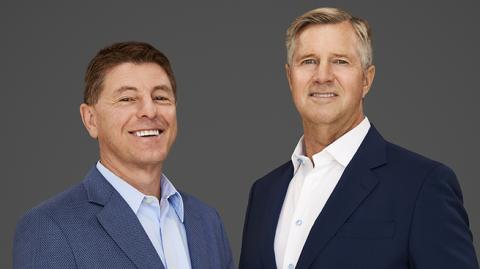 One’s a CPG sales veteran who worked his way up to the C-suite at one of the largest food companies in the country; the other’s a chief development officer who’s had a major hand in the ongoing growth and success of his family’s grocery business. Both, of course, exemplify excellence and character in the grocery and CPG industries. To recognize individuals who have made lasting contributions to the Canadian food industry and their communities, the Golden Pencil Awards have been presented annually by the Food Industry Association of Canada since 1957. Read on to learn more about this year’s impressive winners, Steve Fox and Joey Longo. 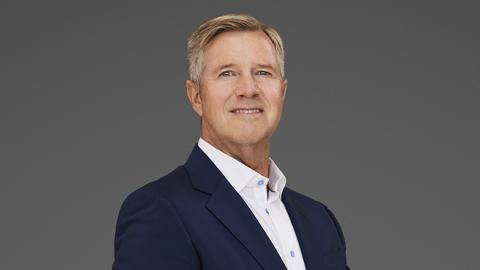 Starting with his first job in sales for Nabob Coffee back in 1982 and finishing in the C-suite as chief customer officer at Nestlé Canada, Steve Fox spent his entire career in the food and CPG business. He retired earlier this year; and while he’s proud of many things he’s accomplished along the way, his last few years at Nestlé truly stand out. “The last five years at Nestlé were extremely successful,” says Fox. “You know, we built capability in the organization. We achieved all of our financial goals, and built a strong culture within the selling organization. That’s what I think I’m most proud of.”

After getting his start at Nabob, Fox worked for Kraft and Warner-Lambert before joining Nestlé in 2003. He was also active with the Canadian Federation of Independent Grocers (CFIG) where he sat on the Associate Member’s Council (AMC), and he has been a longtime supporter of Kids Help Phone. “It’s important to have a give-back strategy,” he explains.

Relationships and networking are crucial to Fox, who says “character” is more important to success than anything else. “It’s really character that’s going to carry the day,” he says. “Character encompasses everything we talk about, right? It’s empathy. It’s caring for people. It’s team building, it’s transparency, it’s honesty—it’s all those kinds of things.”

Fox says his leadership style evolved over the years to become more flexible, providing more autonomy for his team—being specific about what the overall goals are, he says, but offering flexibility in how his team members met those goals. And, he says, humour has always been a big part of his leadership style. “I take my job seriously, but I don’t take myself seriously. I bring a lot of humour to meetings, whether it’s my team or the executive team.”

He credits the many business mentors he’s had over the past four decades with helping to shape his ultimate success. Fox says his strong work ethic comes, in part, from watching his dad, a man with a high school education who started his own successful insurance business and ran marathons on the side. “I just watched him and how he put his spine into things and just accomplished it,” he says.

After a long and busy career, Fox, himself a father of four and grandfather of two, says he’s currently enjoying his new state of retirement and the change of pace it brings. “I feel very, very fortunate.” 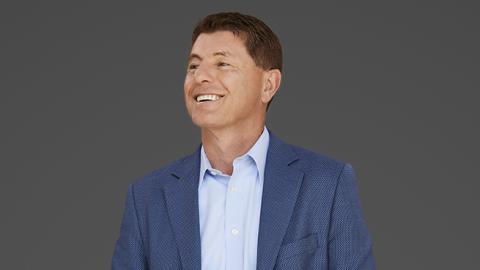 Family is a word that comes up often when talking to Joey Longo. Not only because he’s spent his career working alongside relatives in his family’s grocery business, Longo’s; but also because the Ontario chain prides itself in the “family atmosphere” it fosters among employees. “Here at Longo’s, we have a dedicated team of 6,000, and I think that family atmosphere has helped us as an organization to get to where we are,” he says.

Founded in 1956 by his father Tommy and his two uncles, Joe and Gus, Longo Brothers Fruit Markets has grown significantly from its first Toronto store to 37 locations and a thriving online delivery business, Grocery Gateway, today (with Joey’s brother Anthony at the helm as president and CEO since 1998). Joey takes immense pride in how Longo’s has grown over the years, and in the part he’s personally played in its success.

Longo started working full time in the business straight out of high school, joining his uncle Gus in procurement at the Ontario Food Terminal. “I did that for many years,” he says, noting that he oversaw the produce operation, “and then eventually some of the other fresh areas ... From there, I ended up on the operations side and at the same time, spent a lot of time with my uncle [Gus] on new store builds and renovations.” He moved from COO to chief development officer in 2015; but last year “our COO left, so I took the operations role back for now, and I’m still in charge of the new store construction and renovation schedules as well.”

A past chair of the Canadian Federation of Independent Grocers (CFIG), Joey Longo loves the industry’s excitement and the people—especially their propensity to truly step up when needed. “The grocery industry has always been very, very charitable,” he says, adding that COVID made that giving spirit even more evident: “Everybody really stepped up to take care of their communities and their teams.”

As a leader, he describes himself as patient and easygoing. “I like to provide [team members] with directions, make sure they’re clear on the expectations, and really listen to what they have to say.” He draws inspiration and encouragement from his entire hard-working family (including his wife and four kids), and always keeps his late father’s words of advice in his head: “One of the things my father always told us was, ‘Make sure you always do the right thing, especially when nobody’s looking.’”