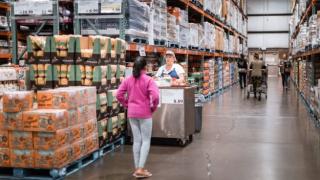 While grocery stores are slowly and carefully bringing back sampling after the pandemic, a new survey suggests that Canadians are once again ready to try that free slice of pizza or hors d’oeuvre.

The study of 3,412 Canadians by Field Agent Canada found that 90% would be willing to interact with staff and take a sample of a hot food item such as soup, noodles, or pizza. That’s up from 82% in a study conducted during August 2021, during a respite from the pandemic.

“There seems to be a bit of a disconnect between what we see happening at store level and what consumers are actually willing to do,” says Field Agent Canada’s general manager, Jeff Doucette. “It feels like there’s a bit of a lost opportunity right now, where consumers would be willing to try new products, but they’re not really being offered.”

A Loblaw spokesperson confirmed to Canadian Grocer that the country’s largest grocer has brought back sampling across all of its market banners and most of its discount banners, as well as alcohol samples at its Real Canadian Liquorstore locations in Alberta.

The safety and wellbeing of employees and customers has been top-of-mind since the pandemic, leading to what the grocer described as a “slow and steady” approach to reinstating sampling. “While we are pleased to be back, the landscape for in-store sampling and events remains uncertain, and we are constantly reviewing our operations, practices, and procedures along with customer feedback.”

New sampling protocols include Plexiglass barriers, coupled with enhanced cleaning and sanitization. The company is also using compostable single-use supplies in order to limit contact on shared surface and meet its environmental objectives.

Doucette says customers’ willingness to accept a sample tends to increase depending on how “sterile” a product is. For example, 95% of respondents said they would be willing to accept a packaged food item such as a granola bar or crackers, a slight increase from 91% in the August survey.

In addition, 90% of respondents indicated they’d be willing to interact with staff and take a sample of a home care item such as laundry or dishwater detergent, up slightly from 88% in the 2021 study.

Finally, 90% of respondents said they would be willing to accept a sample of a personal care item such as a hair care product or deodorant, up from 80%—the largest increase of any category—in last year’s survey.

“The numbers can’t get much better,” says Doucette. “It’s not like we’ve got a lot of recovery space left.”

While allowing for the possibility of a discrepancy between people saying they would do something in a survey and then actually taking that action in-store, Doucette says even shaving several percentage points off an answer still results in a high percentage of people willing to accept a free sample.

While companies can re-visit sampling, Doucette stresses that they will have to make some concessions to customers’ safety concerns. “Demo companies will have to think through how they’re going to make sure people feel safe, and not just go back to the way they’ve always done it,” he says.