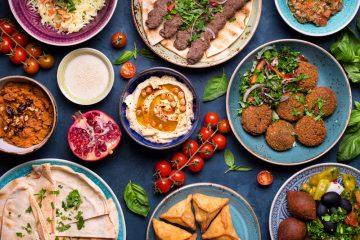 Grocery retailers and food manufacturers are doing a better job of meeting halal shoppers’ needs, but there’s lots of room for improvement.

In Nourish Food Marketing’s latest Halal Consumer Insights Study, which surveyed more than 1,000 principal halal grocery shoppers, 57% of respondents say they do not believe major grocery chains are doing a good job of meeting their needs, and 62% feel the same way about major food companies. These results have remained at about the same level since Nourish Food Marketing started the annual survey five years ago.

“Both retailers manufacturers are stepping up their efforts, so more products are coming out and there’s more in terms of retail awareness as well,” says Salima Jivraj, head of Nourish Multicultural and founder of Halal Foodie and the Halal Food Festival.

“But when we look at why this stat is virtually unchanged for the past five years, it has to do with rising consumer expectations. They want more innovative products.”

Jivraj explains that some manufacturers have expanded their halal offering beyond meat, into categories such as cheese. “They are trying to be innovative, but I feel there’s an apprehension of ‘how far can we go? What is the market really asking for?’” she says. “So we’re seeing similar products being introduced.” 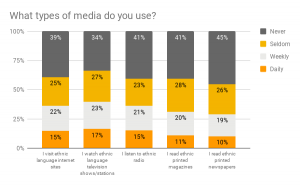 When it comes to media consumption, the survey finds the majority of halal shoppers seldom or never use ethnic media. That’s the case across any group, whether segmented by age or religious devotion, says Jivraj. “It’s all word of mouth, which includes social media. “That by far takes the reins when it comes to how people hear about new products.”

One insight manufacturers should keep in mind is that the average halal household size is four or more people, whereas the Canadian average is 2.9. “You’re looking at larger household sizes, so for a manufacturer, the natural thing you want to consider is should you increase your pack size,” says Jivraj.

The survey also finds 17% of halal households are multi-generational, with grandparents, parents and children, compared to 3% for Canadian households. “For retailers, they need to know that the person doing the shopping isn’t necessarily doing the cooking,” says Jivraj.

The halal consumer segment is a potentially lucrative one. Jivraj notes that the halal market is growing between 10% to 15% annually, where other market categories are growing 1% to 2%. “The potential is very large, the opportunity is very large and it’s an underserviced group,” she says. “It’s all about understanding the gaps and fulfilling those gaps.”

According to Statistics Canada, the country’s Muslim population is 1.4 million, and is projected to exceed the size of the Chinese ethnic market (1.6 million) by 2021.