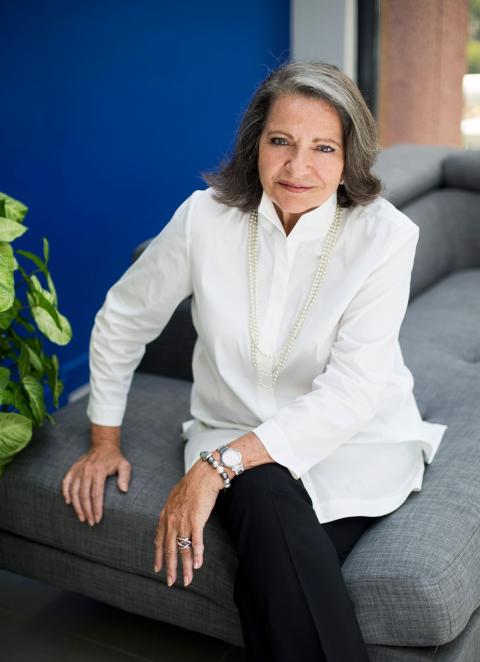 Statistics Canada’s Consumer Price Index (CPI) pegged August’s food inflation at 10.8%, the highest in forty years. That’s a startling number, so it’s important to delve into what’s going on and when we will see any relief.

The overwhelming driver of price increases on the grocery shelf is unprecedented price increases from vendors – food manufacturers, processors and wholesalers. Why are vendors raising prices so rapidly? That takes you to pressures that vendors themselves face, most of them global in nature. Statistics Canada said it clearly last week: “The supply of food continued to be impacted by multiple factors, including extreme weather, higher input costs, Russia's invasion of Ukraine and supply chain disruptions.”

Looking at how those events and pressures bear on food prices, it is helpful to think in terms of basic food groups: grains, fruits and vegetables and protein foods (especially meats) and dairy.

The role of grains is paramount because the prices of so many items are affected, including bread, breakfast cereals, cooking oils and pet foods, among many others that dominate grocers’ centre aisles. Most animal feed is also derived from grain, which impacts the price of meats and dairy.

By far the biggest cause of rising grain prices is severe disruption from Putin’s invasion of Ukraine. Ukraine is the world’s fifth largest wheat exporter, fourth largest corn exporter and its supply was choked off. Russia is the world’s leading exporter of wheat and fertilizer, affecting not only the costs of grain in other countries and of animal feed, but also those of vegetables and fruits.

Extreme weather is also in-play, especially in the western United States which is a huge source of fruits, vegetables and tree-nuts. California and Texas have both faced scorching heat and droughts, affecting not only the produce aisle, but also canned, preserved and frozen fruit and vegetables. Simultaneously, drought shrinks available pasture lands for animals raised for meat.

Dairy is the last major food group, with its farmers hit hard by rising input costs for feed, fertilizer and fuel. In this case, price increases are essentially set here in Canada and 2022 saw unprecedented increases by the Canadian Dairy Commission in the price of milk, totalling more than 11%. Dairy is also affected by spiralling costs for packaging made from cardboard and petrochemicals, as are many other foods.

There are other big cost drivers, especially fuel, rising labour costs and a softening Canadian dollar, but you get the picture. We have been experiencing an almost perfect storm of events that has led to high price inflation across all four food groups and most food types.

So why don’t we simply substitute Canadian-sourced foods for those imported items affected by external geopolitics, weather events or other challenges? A huge proportion of food in our stores is already sourced from Canada, but this isn’t possible for some specialized products such as citrus fruits. Otherwise, there is an advantage to buying Canadian and grocers go that route whenever they can.

The real issue though is that shortages elsewhere in the world tend to drive up prices everywhere, including in Canada. Our farmers, growers and manufacturers can obtain a better global price when supply is limited, and nobody expects them to be restricted from selling outside of Canada, or for a lower price that they can get in the global market.

Now for the perceptible silver lining: many observers believe that August was the peak month for inflation and that we will see the pace of inflation drop in the months ahead.

Grain is now getting out of Ukraine in increasing quantities after the United Nations-brokered deal that also included reassurances on Russian wheat and fertilizer exports. The pace is not as quick as we’d like, with estimates of up to six months to clear the backlog. Nevertheless, there is progress being made on one of the big drivers of food price inflation.

Fuel prices, though still far higher (20%) than a year ago, have abated somewhat. As of Sept. 23, the price for West Texas Crude was down 18% since its August peak, and a whopping 35% since the beginning of June.

The Canadian Dairy Commission is forecasting a price increase of between 1% and 3% for 2023, which should reduce pressure on the price of milk and milk products.

Not all the news is positive. Weather continues to be a challenge, with August and September having been particularly difficult in California and described as the “worst in history.”

Still, the confluence of war blockade, spiking fuel prices and weather events that led to this perfect storm for food price inflation are unlikely to continue to reinforce one another. Retail Council of Canada and its members see signs that the worst is behind us.

Diane J. Brisebois is the president and CEO of the Retail Council of Canada