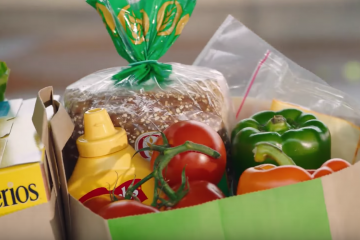 Amazon's purchase of Whole Foods gives the e-commerce giant a foothold in Canada's grocery industry and could pressure supermarket chains to step up their game in an already competitive environment, experts say.

The retail behemoth announced Friday an agreement to buy Whole Foods Market in a deal that values the company, which specializes in natural and organic foods, at US$13.7 billion.

The move weighed on Canadian grocery retailers as shares of Loblaw, Empire, Metro and George Weston all lost ground.

"It gives them a first step in Canada," said Michael von Massow, an associate professor at the University of Guelph, adding Amazon has shown it's committed to entering the food business.

The online retailer launched a grocery delivery and pickup service, AmazonFresh, in the U.S. about a decade ago and started selling non-perishable food items to Canadians in 2013.

Last year, it opened Amazon Go, a checkout-free grocery store in Seattle, where customers are charged on their Amazon accounts for the products they leave the store with without ever having to see a cashier or self-checkout system.

Amazon could expand that technology or enhance its online grocery business with the Whole Foods assets, said von Massow, who works in the university's food, agriculture and resource economics department.

The deal reinforces the need for Canadian grocery chains to develop their e-commerce and home delivery solutions, wrote Irene Nattel, an RBC Dominion Securities analyst, in a note.

Canadians have few options for grocery delivery with a small number of companies like Grocery Gateway and a few large chains offering the service in limited locations.

Adding to the potential threat, Amazon is known for offering discounts and it's likely to encourage more aggressive pricing at Whole Foods, Michelle Grant, head of retailing at market research firm Euromonitor International, said in a statement.

Amazon will also likely offer cheap grocery delivery options, she said, which would put pressure on grocers to follow suit.

Whole Foods has 13 Canadian locations, which are mostly in the Greater Toronto Area and B.C.'s Lower Mainland. It has more than 400 stores south of the border.

In the short-term, said von Massow, it's unlikely Amazon will steal customers from other Canadian grocers.

But, Amazon's not going away and that will incite change, he said.

"What I think we will see -- for sure -- is some sort of innovation in the industry in response to a new competitor who's committed to coming in."