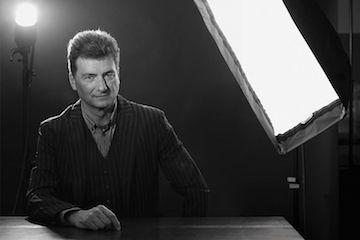 Turnarounds are a bit of a specialty for Bill Gregson. In 2009, he became CEO of the Brick at a time when the company was reeling from the recession. With support from Fairfax Financial, Gregson repaired the company’s balance sheet and sold the revitalized chain to rival Leon’s in 2012. Cara Operations was in a similar spot when he joined a year later. A privatization by the founding Phelan family left Cara saddled with debt and unable to invest adequately in its restaurant portfolio. Cara is on better financial ground today, thanks to a 2015 IPO, also supported by Fairfax. Now Gregson has to ensure the company’s 11 brands stay relevant to Canadian diners.

Cara recently purchased St-Hubert, the Quebec-based rotisserie chicken chain. For founder Jean-Pierre Léger, that company is his baby. So what makes Cara the right fit for St-Hubert?
Yeah, it’s his whole life. Jean-Pierre loves it and loves the people there, and he’s proud of what he has built. What I liked is that he said that he wanted to leave a legacy of growth and was looking for a company that would enable St-Hubert to have the greatest growth. So a private equity firm probably wasn’t that partner. But he also looked at the fact that there are a lot of similarities between Swiss Chalet and St-Hubert. There are differences, too—the greatest being St-Hubert is in Quebec and not many other places. And Swiss Chalet isn’t in Quebec at all. So we’re creating this Big Chicken solution for all of Canada.

St-Hubert sells branded food products in grocery stores, which must have been attractive from your perspective. What are the opportunities for Cara?
Jean-Pierre pioneered selling restaurant brands at the retail level. St-Hubert does it better than anybody in Canada. They have two factories in Quebec, and those factories aren’t anywhere close to capacity. They’re 50% to 60% full. The further you get from Quebec’s borders, the less the St-Hubert brand means to consumers, so they really only have an Ontario and a Quebec food retail business. With Cara, we can have a national food retail business with all our brands.

Swiss Chalet already has some products in grocery stores. Why has St-Hubert managed to do a better job?
They focused on it. We do very, very little in grocery. St-Hubert has dedicated teams and does most of its own manufacturing. It’s now a business that’s north of $100 million. We have zero know-how on that. Rather than us taking 10 years to get there on our own, we get to leapfrog ahead.'

You have a reputation as a turnaround executive. When you arrived at Cara in 2013 from the Brick, what needed turning around?
The company wasn’t as profitable as it should have been, and the balance sheet was in pretty bad shape. But Cara has some iconic brands and a lot of people here who know how to run restaurants. We had to take what I’ve learned from turning around companies and growing them, and what the people here know about getting 100 million meals into Canadians’ bellies every year, and mesh those skill sets. One thing we did was just look at what we and the franchisees pay for all supplies, and go out and requote it and begin to lower costs. And we looked at getting more people into our restaurants. That’s why we did a partnership with the Scene card, so people can redeem points at our restaurants. We’re still looking for more partnerships. You can’t turn things around just through cutting costs. You have to make the top line grow.


You’ll grow partly through acquisitions, too. What kind of company makes a good fit for Cara?
We have to like the people and they have to like us. So far, in every acquisition we’ve done, whether it’s New York Fries or St-Hubert, we’ve kept the talent. We have separate operations teams, marketing teams and chefs for each of our brands. If we have four of our restaurants in a row on one street, four different operators go in there and there are four different executive chefs who have thought about the menus. We don’t try to save money that way. There will be some supervision on our part of some financial stuff and real estate, but not oversight of how you run your business. If you don’t like that, then it’s not going to work.

But if you can understand that we’re going to provide a menu of advantages—cost advantages, sales opportunities and so on—then it’s up to you to pick what you want to take advantage of. We also provide a bunch of other brands that restaurant operators can talk to. They can see what anyone else is doing. Restaurateurs love getting the behind-the-scenes look because it’s a great way to learn.

What’s missing in Cara’s portfolio today is a fast-casual restaurant, like Chipotle. How big of a priority is that for you?
Yeah, it’s a hole for us. We’d like to fill it. And when the opportunity arises, we’ll have that conversation. But I wouldn’t say we have to get it done by the end of July, for example, because it has to meet all these criteria.

The fast-casual sector is growing quickly in Canada, whereas full-service, which describes most of Cara’s brands, has been pretty stagnant. What’s your take on that trend?
I don’t think you can lose sight of the fact that full-service is still a $25-billion business in Canada. Quick-service is also $25 billion. The challenge for full-service is to reinvent itself a little bit. We have that challenge, and hopefully we’re reinventing ourselves and taking market share from other full-service companies.

On that point, Swiss Chalet is probably Cara’s most iconic brand, but the restaurants are feeling a little tired. Are there any plans to modernize?
Well, there are a lot of Swiss Chalets that do look dated. It’s a fact. Having said that, there is an opportunity to update. At a location in Lindsay, Ont., rather than just doing a tweak, we took a whole bunch of steps down the evolutionary path, if you will. It’s a different look and feel, with different colours and different materials. It has less of a cafeteria feel. It’s a 2016 look, as opposed to something earlier. But we’re still very welcoming to families.

Will you be rolling this look out across the chain?
On average, about 10% of the chain changes each year. Now as the restaurants get renovated, they’ll go to this look. You’ll never have your entire chain looking the same because of the cycle of it. And you shouldn’t think we’ve come up with Swiss Chalet 3.0 and that’s it for the next five years. Every year should look a little different, so you continue to push things.


The Kelsey’s banner has undergone a pretty dramatic makeover. How’s that working out?
Kelsey’s hadn’t been changed for way too long. The brand is 38 years old, and some of the stores might not have been touched for 38 years. The Kelsey’s team realized they needed a revolution. The week I started, they opened a renovated store in Etobicoke, Ont. It was a new brand, basically. We got people coming in in droves to start, but they didn’t come back. So we tinkered and launched another one last June in Burlington, Ont. The good news is people came back. Now it’s been almost a year and the new stores continue to do incredibly well, so we’ll change over about 20% of the chain this year.

What was it about the first location that didn’t work?
The look was kind of in-your-face. It was probably too urban for a lot of the places where Kelsey’s is known and for the Kelsey’s consumer base. We probably alienated too many of the existing customers.

The Phelan family, who founded Cara, are still major shareholders. And the Brick founder Bill Comrie was still a shareholder when you were CEO there. What have you learned about working for founding families?Having good results always helps, and you have to understand their legacy and what’s important to them. But they have to also understand something. You have to set this up right up front: You’re going to be the one spending 60 hours a week on the business. If they happen to have an idea and they’re not involved in the day-to-day, it may not be appropriate. We’ll listen, but we’ll do what we think is best for the business, because we’ll be the ones putting in time. Our role is to be professional managers. They have to be professional shareholders.

This article first appeared on CanadianBusiness.com