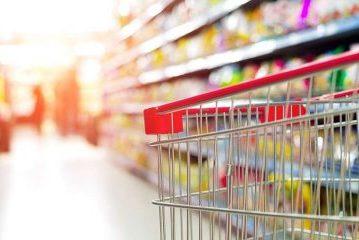 Many of us weren’t sad to bid adieu to 2016, what with all of its conflicts and uncertainties. Though 2016 could be considered less than a banner year for Canada’s traditional grocers, these retailers did manage to eke out a 0.9% increase in total sales compared to 2015. All tallied, traditional grocers rang up sales of just over $91.8 billion.

As the figures demonstrate, however, not all grocers experienced the same sales story. Canadian Grocer’s annual Market Survey, based on Statistics Canada data with estimates from Canadian Grocer, revealed a wide regional disparity, with Alberta’s total grocery store sales slumping 3.3% compared to 2015, while Quebec’s sales grew the most, by 2.7%. How did the rest of the country measure up? Grocers in British Columbia saw sales inch up 1.6%; Manitoba and Saskatchewan experienced a meagre 0.8% sales rise; Ontario sales were up 1.8%; and in Atlantic Canada, sales slipped by 1.7%.

The Market Survey tracks sales through the traditional grocery industry (chains and voluntary franchise groups), independent supermarkets, major banner convenience stores and unaffiliated independents. For the purposes of the survey, chain supermarkets are classified as any four or more stores with a single ownership, which includes a number of what the industry considers independent supermarket chains such as Longo’s, Quality Foods and Colemans.

Not included are grocery sales through mass merchandisers, warehouse clubs and specialty food stores, all of which have taken bites out of supermarket sales for years. These retailers are showing greater sales increases than traditional grocery stores. For example, CIBC World Markets estimates Walmart’s grocery sales were up 8.5% last year, while Costco’s were up 10%. Although specialty food store sales took a slight dip in 2016, sales in this channel have climbed a not-too-shabby 22.3% since 2010.

So what’s behind the sluggish sales at traditional grocers? One of the factors curtailing sales growth is that consumers continue to be focused on price. A recent study by Dalhousie University delving into the shopping habits of Canadians found that almost 70% of adults surveyed said they had become more price conscious over the past year. About 60% of these shoppers admitted to seeking more deals in grocery stores and 57% reported stocking up on sale items. As retailers respond to these shoppers with discount prices, sales growth is impacted.

Given Alberta’s current economic woes, a sales decline of 3.3% is not surprising, but Quebec’s robust increase of 2.7% is unexpected. In Quebec, supermarket chains and major banner convenience stores showed an increase of 3.9%, franchise (voluntary group) supermarkets were up 2.4% and only unaffiliated independents (mostly small stores) showed a decline of 2.4%.

Alberta, on the other hand, showed declines in all channels: chain supermarkets and major banner convenience stores were down 3.4%; franchise (voluntary group) supermarkets were down by 3.2%; and unaffiliated independents dropped by 2.9%.

Interestingly, despite a number of store closures across Canada, the year ended with more stores than in 2015. In 2016, there were 2,516 chain supermarkets in Canada, up from 2,507 the year before, but there were 25 fewer major banner convenience stores. Quebec saw the most positive change with six more chain supermarkets, 60 more convenience stores and 71 more voluntary groups stores (franchises). It should be noted that a number of franchise stores in Quebec are smaller than average supermarkets, which negatively affects the total sales growth figure.

Denis Gendron, president of United Grocers, says conventional stores are suffering in the face of discounters. “The conventional model needs to be redefined to create a distinctive offering,” he says.

Industry analyst John Scott agrees that traditional grocers are losing ground to discounters as well as ethnic stores and drugstores with stepped-up food offerings. “This is a huge wake-up call for the traditional grocer,” he says. “The next year will be fraught with cost reductions and much slimmer margins, as the battle is joined in earnest by all competitors.”

Even though total sales increased slightly in 2016, some storm clouds remain on the horizon, from economic upheaval in Alberta to shoppers’ pursuit of bargains to increasing competition from retailers such as Walmart, Costco and Shoppers Drug Mart. Future growth in the traditional grocery industry seems uncertain, at best, with many challenges ahead.

The full Market Survey is published in the March issue of Canadian Grocer, out now in print and available through our digital flipbook.