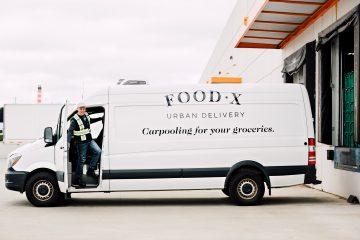 SPUD.ca CEO Peter van Stolk with one of the company's delivery vans.

As Canadians adjust to the new reality of staying at home, smaller grocery delivery services are adapting to a surge in demand—and the operational challenges that go along with it.

For Vancouver-based SPUD.ca, there were three big impacts during the first week of Canada’s COVID-19 crisis. “The panic buying at the start was a real shock and I think all retailers were feeling that initial shock because it puts your inventories at risk,” says CEO Peter van Stolk. That was followed by having to create a work-from home policy for non-frontline workers, and then implementing COVID-19 policies throughout the organization to sure its employees are safe.

“With those three impacts, it took us about a week to get our feet underneath us,” says van Stolk. “And now, I think this week is going to be a far better week than last week.”

SPUD.ca has capped the number of online orders it can accept as it works to boost inventories and staff up. To fill new positions, Spud.ca is turning to restaurant workers, amid massive layoffs in that sector.

“We’re reaching out to our fellow foodservice workers and saying ‘let’s figure out how we can work together,’” says van Stolk. “We’ve got a team that’s actively contacting restaurants in Vancouver, Calgary and Edmonton, and we’ve brought on a lot of people who need to work to make payments for their mortgages and to live. That’s just the reality.” 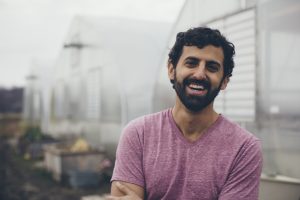 Ran Goel, CEO and founder of Toronto-based Fresh City Farms, says the initial jump in its brick-and-mortar sales has gone down a bit since the initial days of the lockdown, but online business has tripled or quadrupled.

“We run a big kitchen ourselves and about 40% to 50% of our revenue is from house-made product,” says Goel. “We’re very much in tune with the restaurant community as a result because a lot of staff used to work in restaurants.”

Fresh City has also paused new account sign-ups—there are currently 1,500 people on a waiting list—and set a $300 maximum on orders as it was regularly getting $1,000 orders. “It made inventory control very difficult and we’re trying to service as many people as we can,” says Goel.

While it’s not going to be business as usual for the foreseeable future, SPUD.ca’s van Stolk puts it all in perspective. He has told his employees that this is a marathon, not a sprint.

“The first week was like a sprint and now we’ve got to calm down and breathe and figure out how to make this work for a lot of people,” he says. “We need to remember that our true inner strength is making sure we’re compassionate and kind to everyone, and supporting the people who need to be supported because they’ll have greater challenges than we do. And we will get through this.”
Advertisement
Advertisement