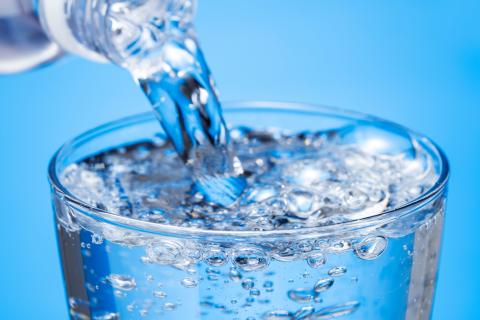 It seems that many Canadians have become bored with plain old water and are looking for sparkling alternatives to mix up their hydration repertoire. At the same time, the consumption of other types of beverages is slipping. The average consumption of carbonated soda and still drink beverages per capita for Canadians has declined from 91.3 and 7.3 litres in 2010 to 71.5 and 5.2 litres, respectively in 2018, according to Global Data Intelligence.

The data backs the shift. Retail sales of plain sparkling water were US$435.7 million in 2018, making it the most popular type of carbonated water. That’s impressive on its own, but consider this: According to Statista, it’s flavoured sparkling water that is poised to emerge as the category to watch as it is expected to surpass plain sparkling water sales by 2022 (US$525.8 million versus US$547.9 million).

“There’s significant interest in beverages with added benefits as Canadians are not only interested and believe in added benefits, but they are also willing to pay more,” says Lina Benkhaldoun, marketing director international premium waters, Nestlé. “Health continues to be the number one motivator for purchasing sparkling water—more than any other beverage. Many Canadians are switching some of their consumption over to sparkling water as it can still offer the refreshment they are craving, without the sugar and added ingredients.”

Since the beginning of the pandemic, Nestlé, which offers popular brands, such as Perrier and S. Pellegrino, has seen higher consumption. It is expecting another successful year, thanks to increased consumption of sparkling beverages over the summer and a range of new offerings, including ones that cross over into “functional foods” territory. It’s a hot sector as consumers seek added health benefits in what they eat and drink.

Perrier recently launched Perrier Energize in Canada. It’s the effervescent spirit of Perrier carbonated spring water, but with plant-based caffeine derived from an organic green coffee and yerba mate infusion. Its caffeine content is similar to an eight-ounce cup of coffee. Flavours include, pomegranate, tangerine and grapefruit. Each 330 mL can has 35 calories.

Meanwhile, Toronto’s WakeWater, from Iconic Brewing (now owned by Ace Beverages), set out to offer an alternative to coffee, featuring a zippy 85 mg of caffeine.

It’s not just caffeine-infused sparkling waters that are trending. Nova Scotia’s Viveau brand aims to strike a balance between real fruit juice and sparkling water with a 50-50 blend. And sparkling CBD waters, though still a small player are gaining traction, too. Canada’s Canopy Growth Corp. just launched its Quatreau lineup into the U.S. after success domestically.

And just who is sipping these boredom-beating sparkling waters? In North America, it’s the health-conscious millennials and Gen Z driving sales, especially of flavoured varieties, as messaging around the potential health risks of consuming excessive amounts of sugary, high-calorie soda and juice. From 2015 to 2018, the flavoured water category experienced a sales jump of 26.8%, with carbonated varieties experiencing an 8.4% increase. That has paved the way for plenty of new players, including LaCroix and Bubly, to enter the market with fruity flavours packaged in recyclable cans—an attractive feature for millennials and Gen Z—along with no artificial flavours or synthetic ingredients.

But the good news is that thirst is universal and has no age boundaries, which means there’s a flood of opportunity for sparkling water and all the new derivatives coming to market.

This article appeared in the July/August 2021 issue of Convenience Store News Canada and online at CCentral.ca.