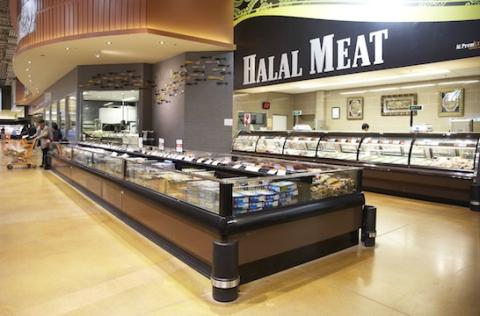 Inside the cloth grocery bags neatly tucked in the back seat of Bonnie Lee’s* car, Quaker Oats hot cereal, Kellogg’s Frosted Flakes and Catelli pasta sit next to dried mushrooms, rice noodles and dried tofu. To buy these items, Lee’s already gone to two stores (No Frills and T&T) near her home in the Toronto suburb of Mississauga.

But Lee isn’t done yet. Next, she’s off to Costco, where she’ll do most of the shopping for her family of three.

Consumers like Lee, who moved to Canada from China eight years ago, are the face of grocery’s future. And the way they shop, and what they expect from supermarkets, is vastly different than today’s mainstream shoppers.

Canada’s three largest ethnic groups– Chinese, South Asian and Filipino, often referred to as the ethnic Big 3–are forecast to make up a whopping 7.3 million of this country’s total population by 2031, up from today’s 3.5 million.

Visible minorities will represent nearly a $5-billion retail opportunity–a projection of what manufacturers will sell from cheese to bicycles, in five years, according to Nielsen data.

Perry Caicco, of CIBC World Markets, estimates 70% of all the growth in Canadian consumer spending over the next 10 years will come from Asians and South Asians.

But deciphering the Big 3’s wants and needs compared to mainstream shoppers can be confusing. So in this, Canadian Grocer’s second annual Ethnic Report, we present an in-depth guide to the Big 3’s shopping behaviours, baskets and the brands they love.

Lee's multi-store shopping trip is not unique to Chinese customers. In fact, it’s standard for Asian and South Asian shoppers to visit two or more stores as part of a planned trip–usually one ethnic grocer and one mainstream, says Nielsen’s ethnic practice lead, Bernice Cheung.

“Quick trips to replenish and buy a few essential items are key for Asian shoppers, and they compartmentalize their purchases between an ethnic store and a traditional banner.”

New Chinese immigrants typically choose stores based on location, quality and price. But once families settle in to life in Canada, other needs, including quick checkout lines, selection of prepared foods and store layout, become more important, according to research by Pearl Strategy and Innovation Design, a Toronto company that’s extensively examined how ethnic Canadians shop.

South Asian immigrants, meanwhile, are three times more likely than mainstream consumers to shop at discount banners such as No Frills and FreshCo. When these families first arrive in Canada, value and getting the most out of every dollar matters most, says Cheung. But after a while, those habits change.

Take Rita Patel*, who immigrated to Brampton, Ont., from New Delhi, India 12 years ago with her husband and two children. Shopping at discount stores doesn’t matter to her as much as finding a supermarket that offers an extensive variety of fresh foods, as well as a wide selection of Indian specialty products.

Not surprisingly, South Asians in Canada often turn to ethnic grocers. For instance: Mississauga’s Mr. India Grocers and Dundas Fruits & Vegetables. “South Asians who went to these two stores preferred them because of the large assortment of Asian foods, the smaller store format and personalized service,” says Chan.

Traditional grocers like Metro, No Frills, Fortinos and FreshCo, are shopped mainly for frozen fish, Canadian fruit and vegetables, school snacks and other basics.

Filipinos put a premium on location, price and hours of service when choosing a grocery store.

“Having a wide range of fresh produce is again very mportant for this target,” says Pearl’s Susan Weaver. Filipinos tend to shop at a mix of traditional formats and Asian stores that sell Filipino products.

For her Filipino food, Maria Santos* says she goes to Asian grocers in Toronto like Sunny Supermarket, FV Foods or Skyland Food Mart.

On average, she visits such ethnic stores twice a week. In addition, once a week, Santos heads to either No Frills, FreshCo or Food Basics, depending on whose flyer has deals on the western items she is looking for.

It would seem that, like most Canadians, ethnic consumers aren’t loyal shoppers. However, one store does draw them in droves. Which one? Yep, you guessed it, Costco.

The wholesale club is particularly beloved by Chinese- and Indian-Canadians, who prize it as a place to load up on food basics as well as frequently-bought foods like yogurt and frozen pizza.

Costco for Chinese consumers does it all. They buy a lot of their everyday staples like milk, eggs, and bread there,” says Weaver.

There’s a trust in the retailer, she says, adding that Chinese consumers generally believe that “if it’s in Costco, it must have high quality.”

Ethnic consumers are attracted to Costco’s highly localized offer, too.

“Costco has a very effective regional structure that it leverages to pursue a more localized, targeted and curated assortment to its shoppers in different regions,” explains Sara AlTukhaim, principal analyst at Kantar Retail.

Chinese consumers also view Costco as an “aspirational retailer” as they move along the acculturation path, says Weaver. Chinese, she adds, are familiar with warehouse club formats in their home country with retailers like Metro.

“For Chinese consumers, meals must meet all the food groups with an emphasis on protein and vegetables,” notes Weaver.

Pearl’s shop-along research with Chinese consumers found that ethnic consumers are careful to eat protein at every meal, including breakfast. “Protein for kids is all about growth and development, while for women it helps them to manage their weight,” explains Chan.

South Asians and Chinese tend to buy a lot of raw ingredients, which suggests many of their meals are made from scratch.

When Chinese shop at Asian grocers like T&T or Tone Tai Supermarket in Toronto, Pearl research found their large baskets consisted of fruit, vegetables, fresh meat, seafood, fish, bakery items and Chinese prepared foods. And when this group shopped at traditional formats such as No Frills, the basket was limited to staples and dry goods (on sale).

Lee’s family, like other Chinese households, is shifting from congee, traditional Chinese rice porridge, to higher fibre carb options as well, as shown by the Quaker Oats hot cereal in her shopping bag.

For South Asians like Patel, halal meats or Desi-style chicken from Asian grocery stores are popular buys. But overall, South Asians tend to get a lot of their protein not from meat, but from pulses and soy, says Chan.

Filipino consumers like Santos are different than the other two groups. Their meals are centred around fish. Fruit isn’t as popular as vegetables (as the former isn’t as accessible back home). Dinner is usually a traditional Filipino meal shared among family.

Canadian-type foods are mainly eaten at breakfast and lunch. Eggs are also frequently consumed as part of ingredients in dishes. And when they’re not using fish, Filipinos turn to pork or chicken rather than red meat.

But unlike South Asians and Chinese consumers, Filipinos are avid meal planners. Santos will often prepare or partially prepare food in the morning before heading to work, such as marinating meat with spices.

What’s also interesting about this group of customers, adds Chan, is that they are often introduced to brands by the parents of the kids they look after in their caregiver roles. “They will continue to purchase many of those brands when they become the primary grocery purchaser of their own households.”

For the Big 3, dinner remains the most important meal of the day.

Typically, Chinese dinners consist of four to five dishes built around fresh vegetables and meat and seafood. Chinese take their time cooking supper–one to two hours on average. South Asian and Filipino dinners take one to 1.5 hours to prep.

A big difference between mainstream consumers and members of the Big 3 is how they view snacking.

For many Canadians, snacking may mean eating a ranola bar. Big 3 consumers, however, prefer warm “mini-meals,” such as pot stickers (dumplings), noodles, and mini quiche, according to Pearl’s research.

The big 3's fastest growing categories categories by country of origin reveals clear trends that will impact the food scene here, as more Chinese, South Asian and Filipinos move to Canada. Cheung points to the beverage category as being important to the Big 3, though favoured drinks vary.

Filipinos, meanwhile, love their coffee, as single-serve sachets are a highly penetrated category, as are coffee mixes (3-in-1 varieties of powdered coffee, cream and sugar).

Another big growth opportunity for grocers in Canada is HABA. Two of the Big 3 (Chinese and South Asians) both here and abroad connect outer beauty with inner health. Hair oils are popular in India, with shiny, thick hair a representation of their confidence and looking their best.

Cheung says Indians consider hair oils an important part of grooming, and these are similar to hair conditioner in the West. In China, glowing, milky skin indicates health, so skin-care creams are important. Even among males, there’s an increasing use of face creams among this segment of the population.

As grocers coast-to-coast see the faces of their shoppers change and mainstream tastes evolve, it’s crucial to learn to speak the new language in-store.

As Nielsen’s Cheung points out, understanding the ethnic consumers’ preferences and behaviours will be essential to winning in the grocery space in the years ahead.