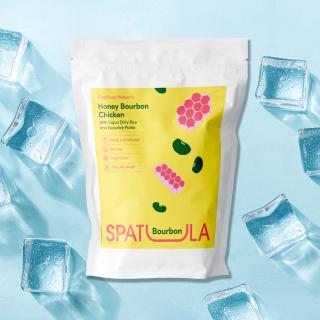 Spatula Foods is hoping Canadians warm up to a new category in the food-delivery space.

The Toronto-based company creates gourmet, flash-frozen meals that are delivered to consumers’ homes through a subscription model. After a successful pilot, Spatula has just launched across the Greater Toronto Area following its raise of US$1.5 million in a pre-seed round.

CEO and co-founder Ian Weng, who is the former head of strategy at Uber Eats Canada, got the idea for Spatula while studying for his MBA at INSEAD in France during the pandemic. With restaurants closed and some challenges getting food during the lockdown, Weng realized that certain gourmet frozen food brands, like Picard’s, have massive market share.

“[Gourmet frozen meals] is something French people really love and it’s a complement to their family meals,” says Weng. “It’s like homemade cooking, made with fresh ingredients, and the quality is so much better [than North American offerings]. You can’t tell it’s previously frozen… I realized, if this is good enough for the French, there is something magical here.”

Weng saw a huge opportunity for gourmet frozen meals in Canada, since many Canadians are lacking in time and love convenience. He teamed up with Michelin-trained chef and Top Chef finalist Wallace Wong to launch Spatula. Wong heads up culinary operations and oversees recipe development. Many of the recipes are created by local chefs, who receive a portion of sales from their Spatula creations.

Among the 15 “restaurant-worthy” options currently available are: Braised Beef Bourguignon with Pearl Onions and Pomme Purée, Singapore Black Pepper Udon with Shrimp and Gai Lan, and Honey Bourbon Chicken with Cajun Dirty Rice and Escovitch Pickle. Each option arrives in a flash-frozen vacuum-sealed pouch with two helpings, starting at under $12 a plate. The meals are par-cooked and ready in only 10 minutes.

Launching as a food-delivery company and not a retail brand was “definitely influenced” by Weng’s time at Uber Eats, he says. “I was thinking of the convenience model: time is becoming more valuable to people and food delivery as a whole strives to bring people food as quickly as possible,” says Weng. “That’s not to say we’re not open to testing and experimenting in different channels, such as specialty retail, but our core business model will be direct-to-consumer/delivery focused.”

Spatula plans to roll out across Southwestern Ontario in the coming months, and to other major Canadian cities in the future.