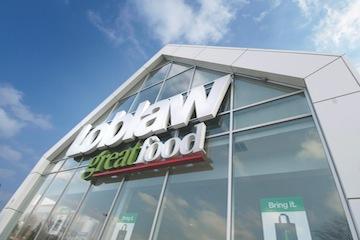 Loblaw is getting into online grocery sales this year, or at least plans to give it a try.

On Thursday company president Vicente Trius said that the retailer would run a test on “click-and-collect” grocery at three stores in the Greater Toronto Area.

Click-and-collect, which has been gaining popularity in the U.K. and France, allows customers to purchase groceries online and pick their order up, usually at a store.

Online “is part of our strategy, it’s part of our complementary strategy behind the omni channel and, yes, we’re bringing that to Canada,” Trius said during a conference call with analysts announcing the company’s latest quarterly results.

Click-and-collect is considered a more profitable way for grocers to sell food online in comparison to delivering door-to-door.

A McKinsey & Co analysis last year showed that the pickup model offered up to a 20 per cent increase in margins over home delivery, though the average basket size tended to be smaller.

In France, one in five shoppers report having used click-and-collect services from grocery chains such as Carrefour, Casino and Leclerc.

Leclerc, which has some 325 pickup locations in France, reported a 68% hike in click-and-collect sales a year ago. It estimated that three-quarters of that growth was business taken from rival retailers.

Loblaw’s entry into online grocery in Toronto would put it in competition with Grocery Gateway, a home-delivery service owned by the Longo’s chain.

Other retailers are also ramping up their online initiatives in Canada. Last fall Amazon began selling dry groceries over the Internet here and Walmart has signaled its intent to boost its online grocery business as well.

"We don't consider our stores and our website to be two separate businesses or two separate customers," Walmart Canada president and CEO, Shelley Broader, told Canadian Grocer, in an interview published in the February issue.

Loblaw also announced on Thursday that it is bringing its Joe Fresh discount clothing line overseas in a major expansion that will target fashionistas in key growth markets like the Middle East and North Africa.

The company said the rollout includes the addition of 120 Joe Fresh stores in 25 countries, including South Korea and eastern Europe over the next four years.

``This is representative of what has been a long-standing belief on our part that there is an international level of opportunity for the Joe Fresh brand,'' said Galen G. Weston, the company's executive chairman.

Currently, Loblaw sells the apparel brand at more than 300 locations inside its Canadian supermarkets, and in 12 stand-alone and studio stores. It also has six locations in New York and New Jersey.

The clothing line is already available in J.C. Penney stores in the U.S., but Weston said the deal hasn't gone according to plan due to restructuring and leadership changes at the struggling U.S. retailer.

``It obviously hasn't gone like we hoped that it would,'' he said. ``But we are comfortable they are committed to some lower volumes but to a sustained relationship with Joe Fresh so we continue to be optimistic about that.''

Loblaw responded to the accident by providing financial compensation for workers and dependents of the company who made the clothing.

The company had $183 million or 65 cents per share of adjusted net earnings in the quarter, down 1.1 per cent from a year earlier but 10 cents above the general estimate. Revenue was up 2.3 per cent to $7.64 billion, also better than expected.

Same-store sales, an important measure in the retail industry, edged up 0.6 per cent compared with a year earlier.

Trius said it was important to note that same-store sales, from locations open at least a year, benefited from the timing of the Thanksgiving holiday but were hurt by an ice storm in Eastern Canada and a strike in Alberta.

Analysts had estimated 55 cents of adjusted earnings and less than $7.6 billion of revenue in the fourth quarter, according to Thomson Reuters.

Among the fastest growing sources of revenue for Loblaw was its Presidents Choice financial services segment, which contributed $204 million in the quarter, up 15.9 per cent from a year earlier.

Since launching its PC Plus loyalty program in November, the company said it has signed up more than four million users. About 37 per cent of sales at stores where the loyalty program is available involve the scan of a PC Plus card, Trius said.

“Customers that are engaged with PC Plus continue to make more trips to our stores, shop a larger average basket and shop more categories,” Trius said.

The main retail segment, which operates under several grocery banners and Joe Fresh, had $7.41 billion of sales, up 1.8 per cent or $130 million from $7.29 billion.

The grocery retailer's net income–which isn't as closely tracked by analysts–was $127 million or 45 cents per share, down 8.6 per cent from $139 million a year earlier, primarily because of higher interest expenses and other financing charges.

Like other Canadian retailers, Loblaw is facing intense competition from its domestic and foreign rivals–including Sobeys, Metro, Walmart and the newcomer Target, which entered the market about a year ago.

Trius said Loblaw expects the environment will remain intense throughout 2014, with some easing in the second half of the year.

To stay competitive, it plans on continuing to expand its fresh food offering through assortment, merchandising and sourcing in efforts to drive customer traffic.

The fresh category–green, organic and mostly produce–generates higher margins than other food categories.

“Fresh is a competitive differentiator and is a key driver of traffic and basket,” Trius said, adding later that, “fresh is outpacing other areas of our food business helping to drive larger baskets throughout the year.”

But the grocer also warned that a high U.S. dollar this year may soon mean higher prices on items sourced south of the border, including produce and meat.

Meanwhile, Loblaw said it was bringing a new addition to its supermarkets: fresh juice bars. It said 100 of its supermarkets in Ontario, Atlantic Canada and Quebec would have these stations beginning in the spring. Several recently renovated stores already have juice bars.

Trius also said the company planned to expand a new home meal replacement offering that is currently available in 63 stores. By mid-year, Trius said the offer would be available in 200 additional stores.