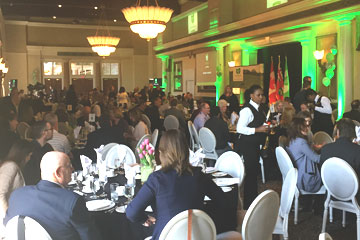 Foodland Ontario’s Retailer Awards were held on April 24, 2017, at Toronto’s The Liberty Grand. This marks the 30th year of the awards, which recognize grocery retailers’ efforts, through innovative in-store displays, to raise consumer awareness about foods grown, produced and made in Ontario.

Alison Robertson of the Ontario Fruit and Vegetable Growers’ Association welcomed everyone to the event. She celebrated the partnership between Foodland Ontario and grocers and spoke of local food as a key driver in the produce industry. She noted that promoting local food is not only good business sense, but it’s good for the Ontario economy as a whole. 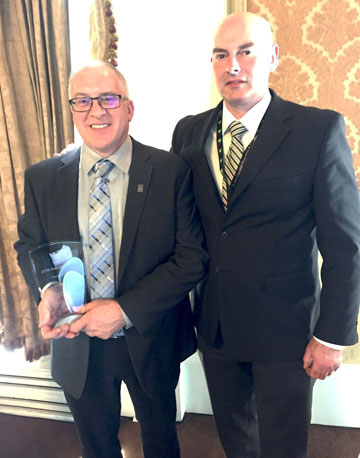 Dan Tellier (left) and Jim McDowall of Metro, Orangeville, were recipients of the Gold Seasonal Award. 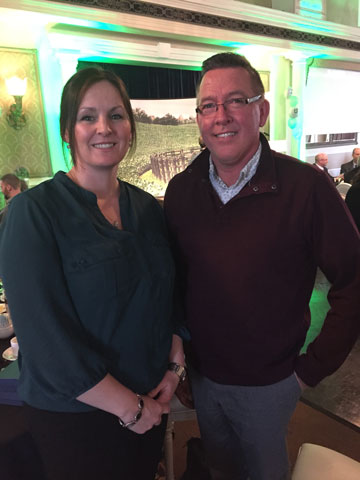 Michelle Blair and Barry Morrison of Metro, Bowmanville, were recipients of the Award of Excellence.

Jeff Leal, minister of agriculture, food and rural affairs and the minister responsible for small business, was also on hand to congratulate this year’s winners for their creativity and commitment to Ontario food. “Ontario’s grocery retailers play a fundamental role in helping raise awareness and demand for local food,” he said. He continued to say that when consumers buy local, they help boost the economy, create jobs and strengthen Ontario’s agri-food sector. Ontario products, he remarked, were second to none, renowned for their quality.

There were more than 4,100 entries and 5000 photos submitted this year, and retailers came from as far away as Thunder Bay and Hanmer to be lauded.