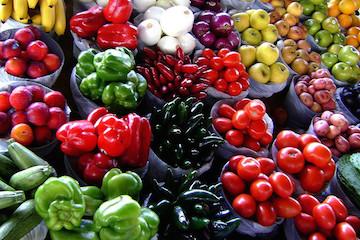 The majority of Canadians are concerned about food products that are either counterfeit, adulterated or otherwise misrepresented, according to a new study from Dalhousie University.

The study, Food Fraud and Risk Perception, found 63% of people surveyed are concerned about food fraud – such as non-organic or non-local products labelled as such – while 40% said they have purchased a fraudulently labelled food item.

Canadians are becoming increasingly aware of food fraud said the study’s lead author, Dr. Sylvain Charlebois, dean of the faculty of management at Dalhousie. The findings are based on interviews with nearly 1,100 Canadians conducted over three weeks in January.

Charlebois said the study suggested food fraud was “prevalent” in Canada and consumers were increasingly aware of the issue.

The study found more than half (57%) of people surveyed were generally concerned about counterfeit or adulterated food products made in Canada, while 42% believed they had purchased a counterfeit food product at some point.

Seafood and fish is the most troublesome category, with more than a quarter of respondents (27.9%) saying they had purchased counterfeit or adulterated products at some time. It is followed by liquids such as oils and wine (20.9%); fruits and vegetables (13.9%); deli meats (11.6%); and bakery goods (9.3%).

The majority of study respondents (42.8%) said they discovered information about fraudulent food products via social media, while 35.7% said they used their own research and 19.1% found out through a public recall.

Asked to identify where they purchased a fraudulent food item, nearly two-thirds (65.9%) of respondents said at a regular grocery store, while 12.2% said a non-traditional food retailer, 9.8% said a farmers’ market and 2.4% said at a restaurant or food outlet.

The study found consumers with food allergies and older consumers were more likely to be concerned about food fraud, and those who dealt with food fraud first-hand felt they could manage the risk better, as opposed to putting their faith in the food industry or government.

In 2016, the Canadian Food Inspection Agency announced it had fined a Canadian company called Mucci International Marketing, as well as two directors, a total of $1.5 million for labelling imported greenhouse peppers, tomatoes and cucumbers as a Product of Canada. The products were sold to retail establishments over a 15-month period.

And in 2015, Interpol announced that its Operation Opson IV, conducted between December 2014 and January 2015, led to the seizure of 2,500 tonnes of counterfeit food – including mozzarella, strawberries, eggs, cooking oil and dried fruit – in 47 countries.