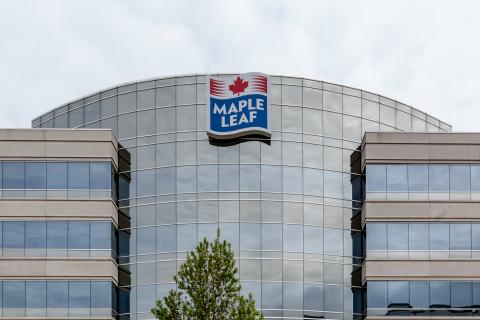 Maple Leaf Foods Inc. says it earned a profit of $47.7 million in its latest quarter as an improvement in its meat protein group helped its revenue edge higher.

Maple Leaf says its most recent quarter included a net gain of $26.7 million from non-cash fair value changes in biological assets and derivative contracts compared with a loss of $36.7 million in the same quarter last year.

Sales for the quarter totalled $1.05 billion, up from $1.02 billion in the same quarter last year.