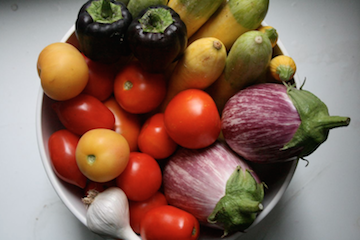 With Health Canada about to conclude a second round of public consultations on a new Canada Food Guide, Canada’s meat and dairy industries are expressing concern about what Health Canada is recommending so far.

Late last year, Health Canada began consulting with Canadians about revisions to Canada’s Food Guide, which hasn’t been updated since 2007. Over a six-week period, Health Canada took in nearly 20,000 responses. That input was analysed and presented in a recently released report titled What We Heard, which included three guiding principles and recommendations.

The recommendations explicitly called for more plant-based sources of protein, less saturated fat and more water. The summary report also notes some health professionals called for “a de-emphasis of meat or milk.” While the final report may change, one of the messages from Health Canada does seem to be: eat less meat, drink less milk.

Unsurprisingly, the professional associations from both industries are worried about the implications if the final report does in fact convey that message.

“The proposed guiding principles and recommendations could have a negative outcome by driving consumers away from the consumption of nutrient dense foods that contribute to a balanced diet,” said Ron Davidson, senior vice-president, international trade and public affairs, Canadian Meat Council.

Nathalie Savoie, a registered dietician and assistant director, nutrition with the Dairy Farmers of Canada, said the government should not group dairy products with other non-plant based proteins. “They are not interchangeable foods,” she said. “If they are all lumped together, I don’t know how this will improve the health of Canadians. On the contrary, I would say it’s a recipe for disaster.”

DFC’s research has shown the “vast majority of Canadians” think the Food Guide is a credible source of information. Aside from being the basis for public health initiatives and programs, the Food Guide does shape consumer attitudes. “This is why it is so concerning,” she said. “It sort of creates a halo…. People do pay attention to the Food Guide so if milk products are not part of it, or their place is minimal it will have an impact on consumption.”

She also expressed frustration that Health Canada had not taken into account DFC research about the health benefits of milk and milk products; research that has been partly funded by the government.

DFC research is independently managed by renowned nutritional experts and academics and the government has contributed $3 for every $1 the DFC spends, she said. “They are funding the research, but rejecting all papers that are even in part funded by the industry,” she said.

The deadline for the second round of public consultations is Aug. 14 with a new summary report scheduled for later this year and the finalized Food Guide for early 2018. While the government did not seek industry representation as part of the consultation process, industry groups could provide their input in the same way individuals could. Both DFC and the Canadian Meat Council confirmed they will be providing their feedback as part of the process.