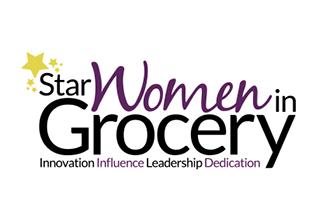 Now in its third year, Canadian Grocer’s annual Star Women in grocery awards have become an industry standard. From national manufacturers to family-owned retailers, the 12 winners below display the passion and expertise needed to adapt and thrive in an ever-changing grocery landscape.

Our winners were nominated by their peers and chosen by our editors, and have made a noticeable impact on the grocery industry.

They were chosen for their leadership, innovation and dedication to the grocery business.

Since taking over the helm of the independent grocery chain from her father, Frank, in 2001, Teresa Spinelli has grown the Edmonton-based Italian Centre Shops to three stores from one. She’s also opened a restaurant, called Massimo’s Cucina Italiana.

Harpreet Ferron started her career with Longo’s, as a part-time cashier, more than 30 years ago. Now, as a senior executive, Ferron manages a large team of category managers and is responsible for delivering day-to-day results for the family-owned chain in Toronto.

“Passionate” and “creative” are two words to describe how Rox-Ann Haapa has led the product and program development of Metro Ontario’s home meal replacement business for the last six years. Haapa’s passion for food was encouraged from a very young age by spending time with her family in the kitchen.

As director of Human Resources, Joyce is known around the executive table of the Newfoundland grocery chain for her passion for promoting fair wages and strong benefits for Coleman’s more than 800 employees. She’s also praised for balancing this passion with a solid understanding that those costs must be carefully controlled to protect a healthy profit.

Maisie DeSousa has accomplished a lot since starting her career with Loblaw, in 1974. She’s managed several high-profile stores including the Forest Hill and Bayview Village locations and has saved the company millions of dollars by revamping operational inefficiencies. DeSousa was once responsible for 13 stores as a district manager, and held the role of senior director of innovation concepts, where she developed new business initiatives.

Lindstrom’s creative side surfaced when she began working with another employee who makes rustic chalkboards using reclaimed barn boards. She uses the wood to create local, artsy custom chalk art for store events, special occasions such as Thanksgiving, departments and product promotions.

Caldwell joined the company 10 years ago. In her previous role as account manager, she developed a category plan for Co-op Atlantic, which has become the gold standard for both the retailer and Kruger. “I have passion that motivates me and shapes my purpose, both in my life and in business,” she says. “Our team shares the same passion and purpose and that brings us together.”

An engineer by trade, Goldenberg has spent the last 30 years at CPG companies, including Parmalat and Ronzoni Foods. In 2005, she was hired to head up the Canadian division of Hain Celestial when its U.S. parent, Hain Celestial Group, opened an office in Toronto. Under Goldenberg’s leadership, the Canadian subsidiary has more than quadrupled in size through both organic growth and acquisitions.

Sharon Lansing started her career at Loblaw 14 years ago, and was promoted to her current job last year. Since then, she’s developed a proactive and collaborative approach to dealing with vendors.
Alison McLean
Country Business Manager – Nestle Health Science

McLean began her career, as a clinical dietitian, at Toronto General Hospital. She joined Nestlé as a medical sales rep, steadily moving up the ranks before being promoted to country business manager, in 2012.

A 10-year veteran with Metro, Jetté began as director of national procurement before moving to private label, two years ago. In her previous role in procurement, Jetté took part in a national program for the direct delivery of store supplies. She was in charge of negotiating costs with manufacturers, generating nearly $5 million of savings over five years.

On October 21, there will be a Star Women breakfast at the International Centre, 6900 Airport Rd. in Mississauga. To purchase tickets, go here.