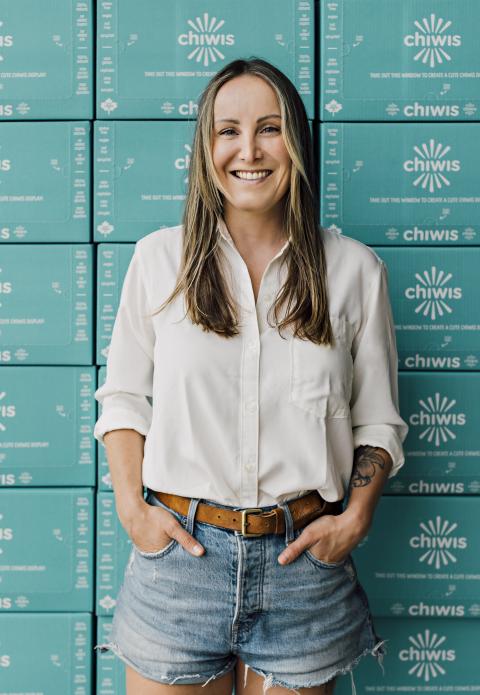 A little more than a decade ago, Sarah Goodman bought a dehydrator and began creating different snacks to fuel her hikes through the mountains of British Columbia. Dried kiwis ended up being her top choice. “They were crispy and light, and they tasted like healthy Sour Patch Kids,” she recalls.

At the time, Goodman was running a consumer health tech company. But by late 2019, she felt ready for a career change. During her evenings and weekends, she researched the food production industry, participated in business workshops and networked with distributors. She named her companyChiwis, a portmanteau of chips and kiwis, and developed a second product – a tropical mix of dried kiwis, rich coconut and sweet pineapple. For her products, she’d use upcycled fruit, when possible, to reduce costs and make the product more appealing to eco-conscious consumers.

By March 2020, Goodman was ready to launch her business. She left her job at the consumer health tech company, rented space from a small commercial kitchen in Squamish, B.C., and purchased commercial dehydrators and food-safe manufacturing equipment. She intended to start small with independent markets and build up to a major grocery chain. But to her surprise, a distributor quickly brought Chiwis on board and landed her a contract of 20 cases for seven Whole Foods Market locations in British Columbia. “I immediately thought ‘this is amazing. This is so great. And so terrifying.’”

Goodman got to work; she put in 15-hour shifts to get the order ready, doing everything from slicing kiwis on a mandolin to arranging the slices by hand on dehydrator trays, then packaging and heat-sealing bags.

Her first round of Chiwis ended up on Whole Foods’ shelves a few weeks later, in April. “To see it come to life and then to go into a store like Whole Foods was such a cool feeling,” says Goodman. A month later, her distribution grew to two other small grocery chains in the province – Nesters Market and Choices Markets – reaching a total of 50 stores. But it wasn’t all smooth sailing, Goodman encountered some stumbling blocks as she scaled the company. “The commercial drying machines weren’t providing a consistent product,” she says. “Some chips would be great, and some would be burnt.” 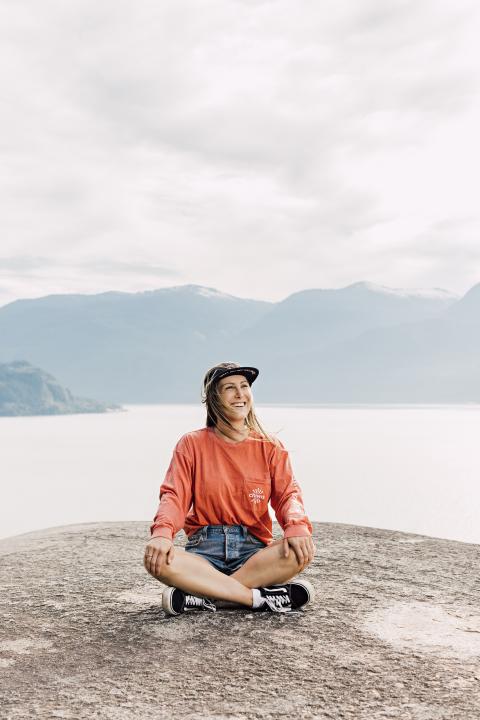 So, in May 2020, Goodman made the difficult decision to halt production. “There was no way I could scale the business with what I was working with, and COVID had also just started,” recalls Goodman. “I took a pause because I needed to figure out how to grow the business in a better way.”

During that time, Goodman recalled some advice she received from food industry veterans. “I was told so many times, ‘if somebody else has the equipment, the staff and the space to do what you’re doing, use them. Don’t reinvent the wheel,” she says. So, Goodman partnered with a co-manufacturer in California, placing a 1,000-pound order with an intended relaunch for January 2021.

The order, however, didn’t turn out as Goodman expected. “The pit in my stomach was so deep,” she says. “They had overdried them, and they had also used fruit that wasn’t ripe enough. They were really sour and inedible.”

Thankfully, the co-manufacturer took ownership of the off-batch and remade the order for a February 2021 relaunch in 75 stores. They’d be back at Whole Foods, Nesters and Choices as well as a handful of independent health food stores.

The growth of Goodman’s business has been steady ever since. By the end of last year, Chiwis were available in 385 stores, mostly in British Columbia. She also introduced three new SKUs to the lineup: pineapple, mango, and orange chips.

Keeping the momentum going, earlier this year, Goodman launched in 85 London Drugs stores in Western Canada. In the spring, she made her first two full-time hires: an operations manager and a marketing manager. Save-On-Foods came on board in May, extending her reach in the Western provinces, along with adding distribution in Yukon. The summer of 2022 also saw Chiwis go national thanks to a launch in 7-Eleven. By the end of August, Chiwis will be in more than 1,000 stores.

Goodman is now focusing on research and development with plans to introduce more products in 2023. Around the same time, she hopes to launch in the U.S. Pacific Northwest with a digital marketing campaign focused in Washington, California and Oregon.

Now that her business is getting off the ground, Goodman is paying it forward to other entrepreneurs seeking advice. “I was so lucky that people gave me their time when I was beginning and I got to learn so much so fast,” she says. “The food industry community is amazing.”