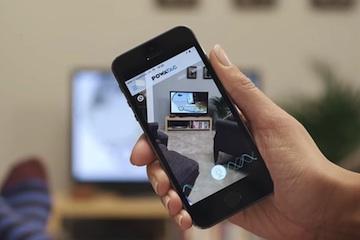 Moneris has teamed up with Powa Technologies to offer Canadian marketers mobile payments as part of their campaign creative using the British company’s PowaTag app. The partnership, announced in Toronto on Tuesday, will bring the PowaTag app to Canada following a series of tests and launches in other markets, including England, Italy and Japan. How it works: brands include a PowaTag click-to-purchase button on their display ads, social posts or online stores. When clicked, the tag directs the customer to the PowaTag app, which stores their personal and payment information for instant purchases. PowaTag also works with offline media like print, OOH, radio and TV ads through QR codes and Shazam-like audio tags. For example, a consumer could hold up their phone while watching a TV ad and, using the PowaTag app, scan the audio to be directed to a checkout page for the advertised product. On the back-end, the purchase appears just like one made through the retailer’s own store, according to Rob Cameron, CMO at Moneris. PowaTag inputs all of the customer’s information into the retailer’s system, either via Moneris’ payment processing solution or plug-ins to the retailer’s store through another payment provider. The app also shares additional data with the brand, like the physical location where the purchase was made. http://youtu.be/or0L7UnaP6g For each purchase made via PowaTag, the company takes a small percentage. In Canada, it will take 50 cents for purchases between $40 to $100. Beyond purchases, the app can be used to send coupons or information to a consumer when they scan a tag. PowaTag can also be integrated into a company’s own technology. In Denmark, Danske Bank integrated PowaTag into its proprietary MobilePay app, enabling customers to make purchases without downloading the PowaTag app. Powa Technologies’ founder and CEO, Dan Wagner, said there is potential for similar integrations in other countries, including Canada. Globally, Wagner said PowaTag is working with over 1,200 retailers and brands, including L’Oréal, Tesco, Sexy Hair and the Italian retailer OVS. One of the company’s early clients was Twickenham stadium in England, which used the app to speed up the checkout process at the its bars. Over the course of four games, almost 600 people signed up for the app and made 413 transactions. At the time of the announcement, PowaTag and Monteris did not disclose any Canadian partners, but Cameron said they are working with several “national recognized” retail chains and will announce brand partners closer to the product’s official launch later this year. For marketers, Cameron said PowaTag offers a solution to the problem of uncertain return on investment for media spend. By using PowaTag, brands will be able to see the exact number of sales generated by an ad. PowaTag and Moneris are bullish about the app’s potential in Canada. Wagner said the goal is for PowaTag to become ubiquitous, with hopes that more than a million Canadians will have used the app to make a purchase by the end of 2015. In other markets, Wagner said the company has seen quick growth, adding that 80% of consumers who download the app make an immediate purchase. PowaTag is currently available for iOS and Android. There are plans to launch a Windows Phone edition soon. This article first appeared on MarketingMag.ca