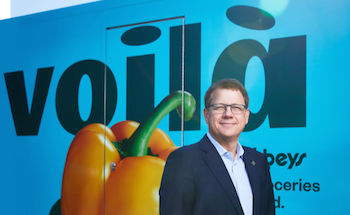 Wholesale prices are rising as food manufacturers continue to face labour and supply chain pressures related to COVID-19 but, in most cases, these prices increases are “very justifiable,” says Michael Medline.

In a call with analysts Thursday afternoon, Empire’s CEO said the grocery company had received an “unprecedented number” of supplier cost increases over the last few months.

Medline’s comments around pricing are on the heels of a rift between Loblaw and Frito-Lay Canada.

The chip maker halted shipments to Loblaw-owned stores last month after the grocer refused to an increase in wholesale prices, leaving noticeable gaps in the chip aisle.

During its fourth-quarter earnings call, Loblaw CFO Richard Dufresne said the company closely analyzes all requests for price increases and also dealing with a large number of vendors provides perspective on what’s happening in the market.

Through hard negotiations, Medline said Empire had managed to keep prices competitive for its customers, while still benefitting the company’s bottom line.

“Not only has our team managed to keep prices as low as possible for our customers, but we've also seamlessly executed the required price changes and minimize the impact on our performance,” said Medline.

Empire, which counts Sobeys, Longo’s, Farm Boy and FreshCo among its banners, reported a third-quarter profit of $203.4 million, up from $176.3 million a year earlier.

The company achieved this against what Medline called some of the “choppiest quarters we’ve seen in a long time,”citing floods in British Columbia and supply chain issues as obstacles it was up against.

Keeping shelves stocked also remained an issue in the quarter as suppliers struggled to keep up with demand, but a range of tactics including “alternative sourcing options” resulted in better on-shelf availability than the market average, said Medline.

“Customers can find and purchase more products in more instances in our stores, and this provides customers a more effective and just playing better shopping experience,” said Medline.

Empire’s private-label products have benefitted from supply issues and inflation. Customers are looking for additional value, said chief operating officer Pierre St-Laurent, and the company has delivered with a large assortment and also value packs, he said.

“Our home brand is on fire right now, and we're pleased with that,” he said.