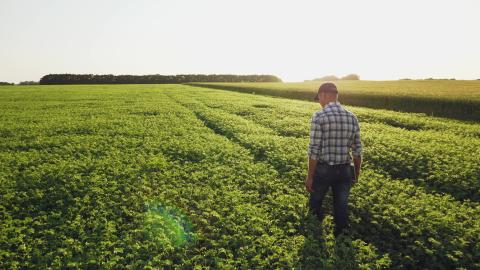 Agricultural producers affected by devastating flooding in British Columbia last November can apply for recovery funds through a $228-million package announced Monday by the provincial and federal governments.

The total losses for the agricultural sector from flooding that stretched across the Fraser Valley into the Southern Interior are believed to amount to about $285 million, B.C. Agriculture Minister Lana Popham told a news conference.

At the peak of the flooding, more than 1,100 farms were under evacuation order or alert and 150 square kilometres of farmland were swamped. Dairy, poultry, beef and hog farms saw serious losses of animals and infrastructure, she said, and more than 7,500 tonnes of field vegetables and other crops were lost.

The recovery funds will go toward expenses not covered by existing government programs or private insurance, Popham said, such as the cleanup and restoration of land, barns, water and wastewater systems, and other essential infrastructure.

The province has started soil assessments and found some instances of contamination, she said, adding that the funding could be used for remediation.

The funds may also be used to address the loss of perennial plants not raised for resale, like blueberries, and cover the rental of temporary production facilities. Animal welfare expenses, such as replacement feed, livestock transportation and veterinary care, may also be eligible under the program, Popham said.

Asked how long it would take to get the $228 million in aid into the hands of farmers and ranchers, Popham said she knows they need support as quickly as possible.

The online application portal opened Monday and 20 ministry staff were on standby to work one-on-one with each successful applicant, she said.

"There are some very desperate situations right now and farmers need cash now," Popham said. "We're going to be able to give interim payments, quickly."

Jeremy Dunn, general manager of BC Dairy, told the news conference the mess left behind by the flooding had been "immense," with 65 dairy farms directly affected.

"We know that recovery will be challenging, but we do know our farmers are committed to helping to feed British Columbians and moving forward," he said.

Part of moving forward is trying to understand the measures needed to adapt to climate change and extreme weather, he said.

Federal Agriculture Minister Marie-Claude Bibeau said farmers were on the front line of climate change and Ottawa would continue to help them recover.

Stan Vander Waal, president of the BC Agriculture Council, said the funding announcement would bring a sense of relief to many farmers and ranchers.

The government programs have "reduced eligibility barriers, provided higher compensation rates, and alleviated much of the administrative burden we would have otherwise seen," he said in a statement in the province's news release.

Officials with the BC Chicken Marketing Board and the BC Cattlemen's Association also provided statements welcoming the funding.

The BC Blueberry Council said Monday it was reviewing details of the recovery package to determine whether it would adequately cover losses in their sector.

The flooding affected more than 1,000 hectares of blueberries with growers in the Sumas Prairie region of Abbotsford experiencing the most severe damage, it said.

"There is a strong possibility that severely impacted growers will need to pull out their plants and replant them," council member Harry Sidhu said in a statement.

"Blueberries are a perennial plant, and it takes years for a sizable crop yield, so this may be a significant loss of income for many years."